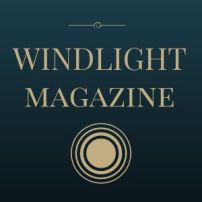 Windlight is the the title of a new arts magazine for Second Life which will be launching in July 2015.

Founded by John (Johannes1977 Resident), himself a SL photographer and also RFL of SL activist, Windlight brings together a talented team to cover art in all its forms in SL with monthly news, reviews, articles, interviews, commentary and more.

A joint venture with AviChoice Productions, organisers of the the Avi Choice Awards and publishers of Avi Choice Magazine, Windlight’s goal is to cover the Second Life art scene and to support  artists, photographers, galleries, and art-related events. The first issue will feature artist Bryn Oh, and photographer Skip Staheli alongside Sasun Steinbeck, Nikki Mathieson and more.

When I call the team behind the magazine talented, I’m not exaggerating. Joining John, who is the magazine’s co-publisher and editor as well is its founder, are: Nikki Mathieson, owner of Avi Choice Productions and Windlight’s co-publisher, Jessi2009 Warrhol, the magazine’s Marketing Manager, together with contributing writers Emma Portilo and Shakti Adored.

As a part of the magazine’s desire to help promote and support artists and photographers, Windlight is launching the Windlight Magazine Art Gallery Fellowship Programme. this offers those accepted into it with gallery space free of charge for a period of 30 days.

Commenting on the magazine as we discussed the upcoming first edition, John said, “In establishing Windlight, we hope to provide a means by which the rich, incredible diversity of art within Second Life can be more broadly enjoyed and appreciated, by both Second Life users and, hopefully, an audience beyond the platform as well.”

As someone who genuinely appreciates art within Second Life, that’s a vision I can fully support, and I am both honoured proud to say that I’ll be joining Windlight from August 2015 as a contributing writer. I’m really looking forward to the opportunity; joining the team will not only allow me to extend my friendship with John and Jessi, both of whom I’ve come to know by way of Relay for Life; but will also further increase my own understanding of, and appreciation for, art in general.

So – keep your eyes out for Windlight this July!

6 thoughts on “Windlight: a new magazine for art in Second Life”