On Friday August 15th, I posted about OnLive announcing that their SL Go viewer for Android devices & low-end computers  / laptops had been updated with a fix to enable it to render fitted mesh items correctly.

The update saw the viewer updated to Linden Lab’s 3.7.12 code base, and while the OnLive e-mails didn’t mention this, it meant the viewer also gained some additional capabilities and updates. Perhaps the most notable of these is the inclusion of the SL Share 2 feature for sharing photos directly to Facebook or Twitter or Flickr, together with the default post-process filters.

I had been a little curious as to whether this would work or not (I did wonder if there would be an authentication issue, given everything is running via the OnLive servers). However, now I’ve had a chance to give things a go, I can say that they do indeed work as expected. Well, at least where Flickr and Twitter are concerned;  I don’t use Facebook, so have been unable to test that side of things, but there is no reason to assume it won’t work. 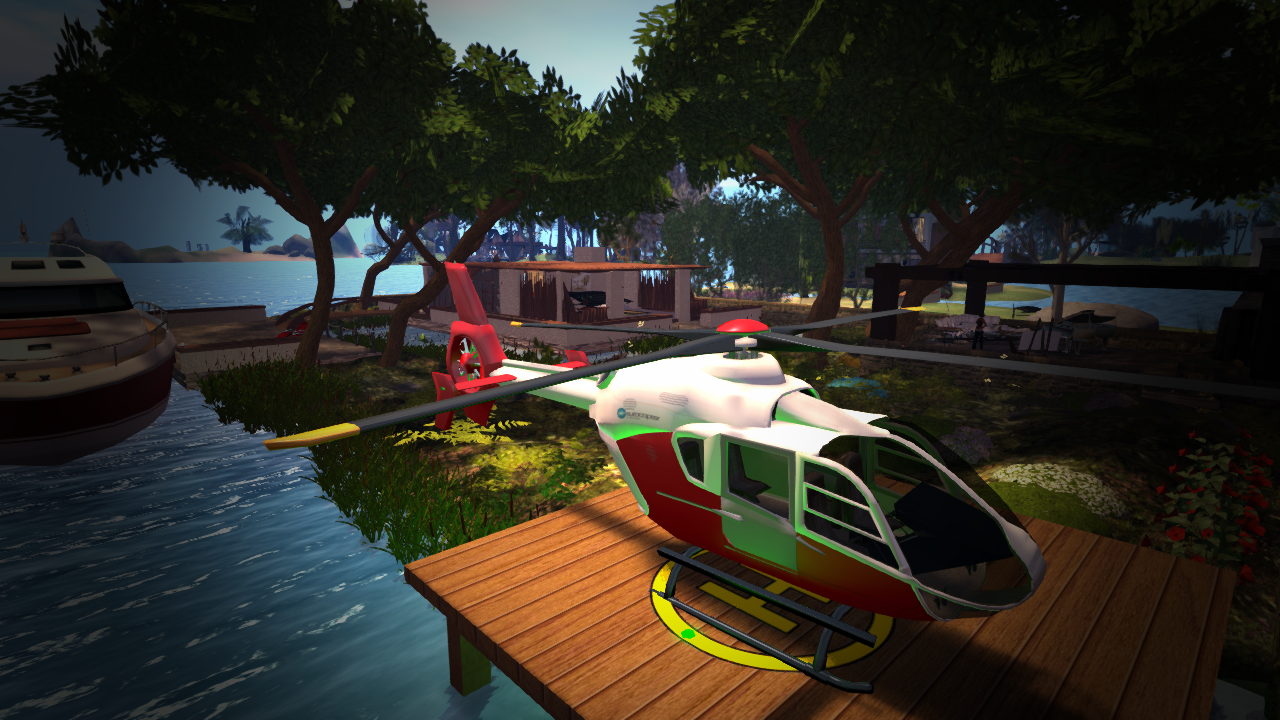 Testing the Flickr upload from SL Go – a quick snap of the house in SL, August 2014, using the snapshot floater’s vignette filter  – click for original

That said, trying to authenticate SL Go with Flickr did admittedly have an initial hiccup; I got stuck on Flickr’s “Bad Panda!” (aka, “oops, something stuffed up, sorry”) page the first time. However, second time around, it worked as expected, and I was duly connected. Given the issues with Flickr over the last couple of days (as those using Firefox or Internet Explorer may well still be muttering about), I point the finger at Yahoo as the cause of the hiccup.

After that little problem, everything worked as anticipated. I was able to upload a snapshot  (using the Spotlight filter, as shown above), which quickly appeared in my photostream.A follow-up test with Twitter so no problems in authenticating, and the snap (this time using the Sepia filter) and text uploaded fine.

Some might notice a couple of rendering issues in the images. These are not related to the uploads. In particular, because access to the Advanced menu is disabled in SL Go, RenderVolumeLOD is locked-in at a relatively low number (1.25?), so some sculpts refused to render properly, and can be seen semi-rendered in the images. As this was just a quick-fire test of the uploads, I wasn’t that fussed about arranging things so the sculpts were properly “popped-out”.

There is still no capability to save snapshots locally. This isn’t surprising, given SL Go is a streamed service, rather than something running locally with access to the local hard / flash drive, and so is likely going to take a lot more banging on things before it works – if it can be made to work. In the meantime, the SL Share options (particularly Flickr) might at latest offer an additional alternative for saving photos alongside the existing inventory, profile and (my preferred method with the SL Go) e-mail.

Although the viewer is listed as based on the 3.7.12 code base from the Lab, it does not include the Group Ban functionality, which reached official release status on August 4th, 2014. However, as a 3.7.12 based release, it should include all of LL’s updates to the viewer code up to 3.7.12.

All-in-all, a tidy little update which sees a major glitch (fitted mesh) corrected, and the addition of a useful feature in the shape of SL Share 2.