In November 2013, I was allowed a sneak peek at Liara Okiddo’s work-in-progress designing and developing her homestead region, Isla Okiddo. It’s been a long road for her, only reaching a point at which she was happy with everything to announce the region as officially open to the public on Wednesday February 25th.

I’ve been a fan of Liara’s work ever since coming across her old home. Garden of Eden, and to be perfectly honest, I’ve been eagerly awaiting getting to see her new place once it was ready for its public debut (I resisted the urge to hurry over prior to the opening, as I wanted to experience the same reaction as a new visitor, rather than seeing any work-in-progress). 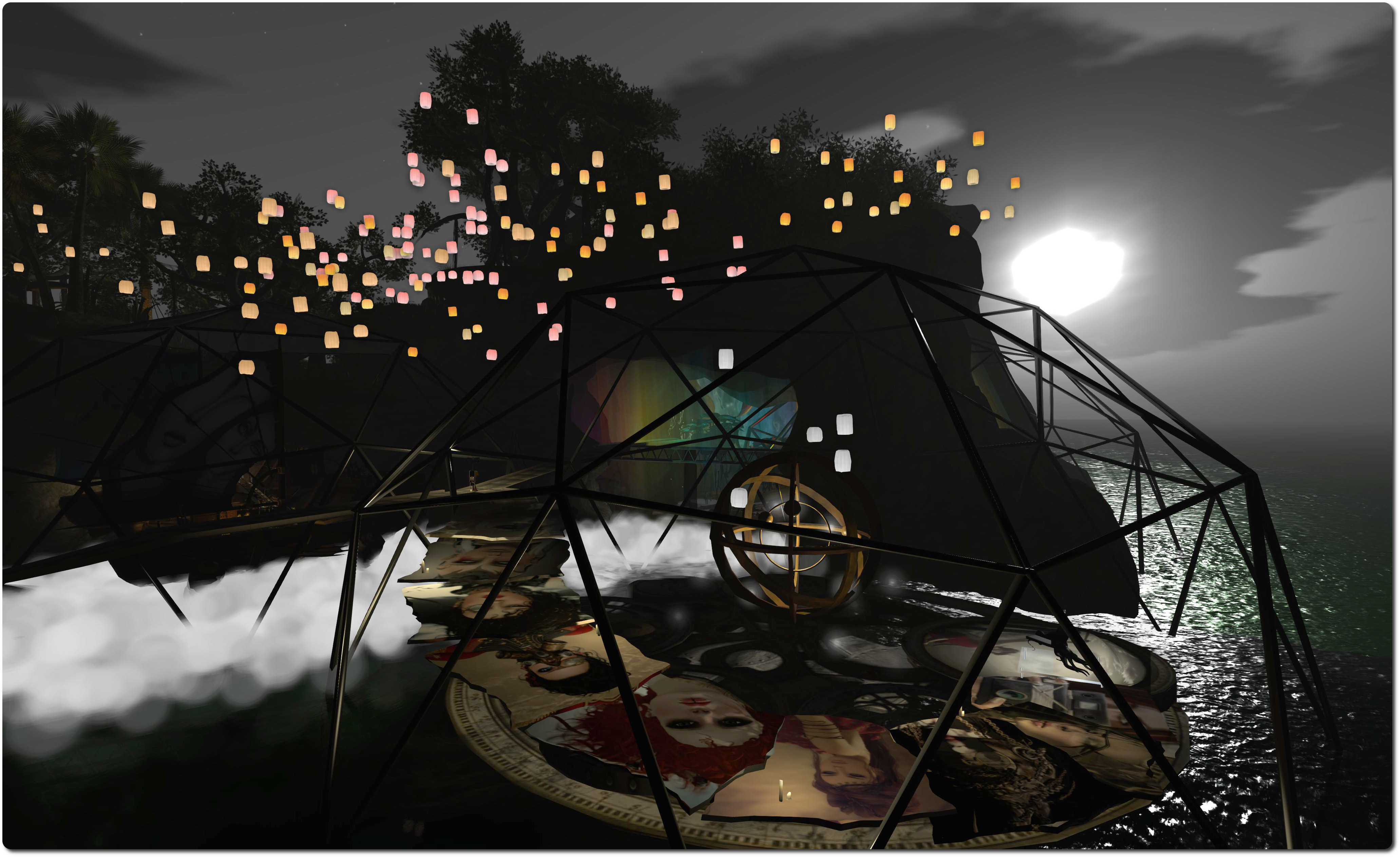 And I can say without a doubt that it is a marvel to behold. Already stunning when I saw the early work back in November, the island has been somewhat reworked – particularly the gallery spaces – and the results really are magnificent.  This is another of those regions I love for the attention to detail, the careful placement and design, all of which comes together to present the visitor with something completely awe-inspiring.

From the wooden quay arrival point, the visitor walks under a rocky arch and along flagged stones. Signs point the way to the dome house, the beach – reached by a wooden walkway and with the upper levels of the island beyond – and the Expodome. 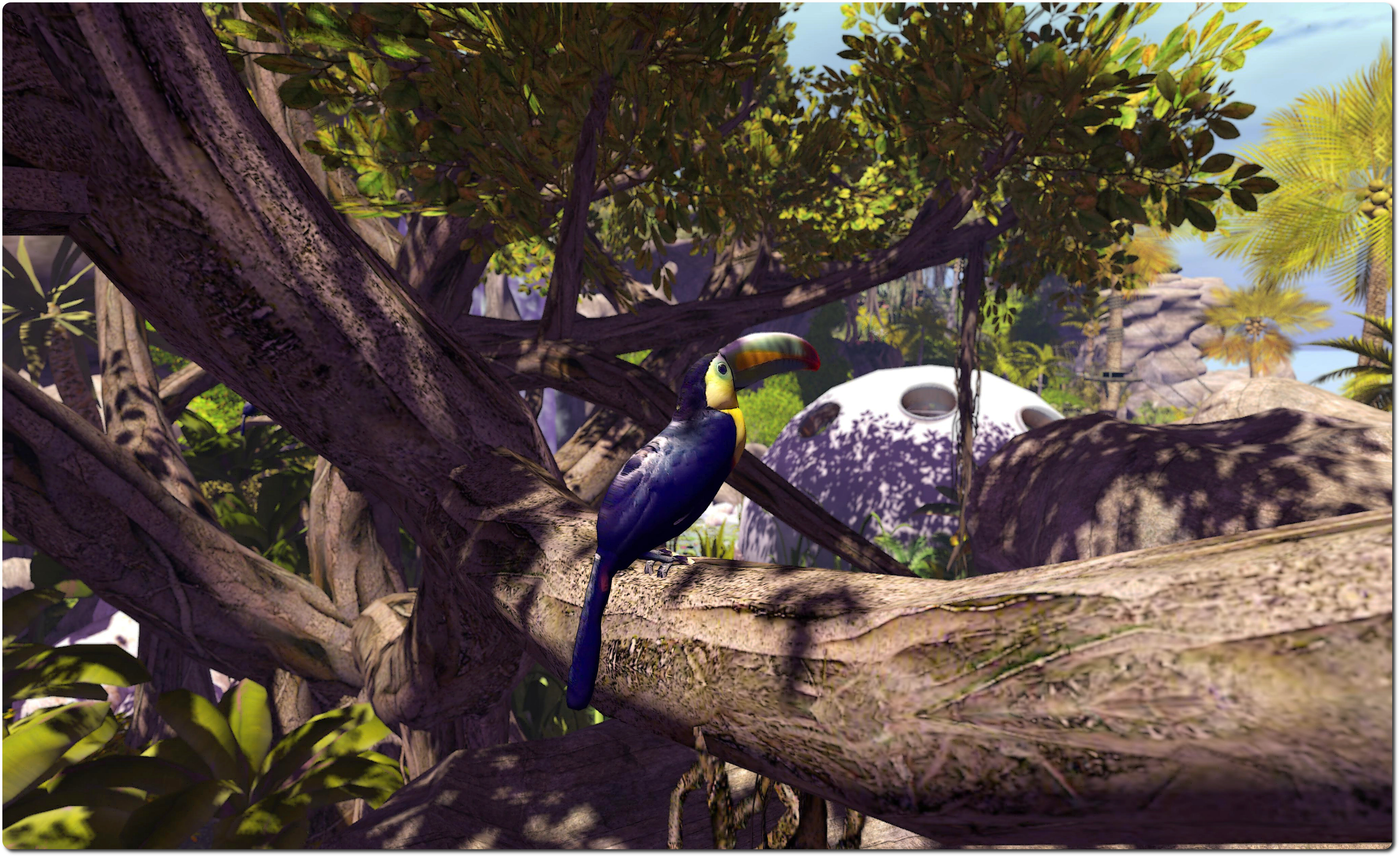 The Expodome is Liara’s gallery space. It an incredible tour de force is design and execution, a place that makes wonderful use of space both above and under water, and which presents artwork in a thoroughly creative way.

The first part of the exhibit space is underwater. Do make sure you have your graphics cranked-up as far as you can, particles enabled and Advanced Lighting Model checked to fully appreciate all that has gone into this area of the build. And don’t hurry through too fast, or you’ll miss the art items which are being displayed through the use of particle projectors alongside the footpath. Beyond this, the path winds back up above the waves and takes visitors to the three exhibition domes, each with its own display and theme. 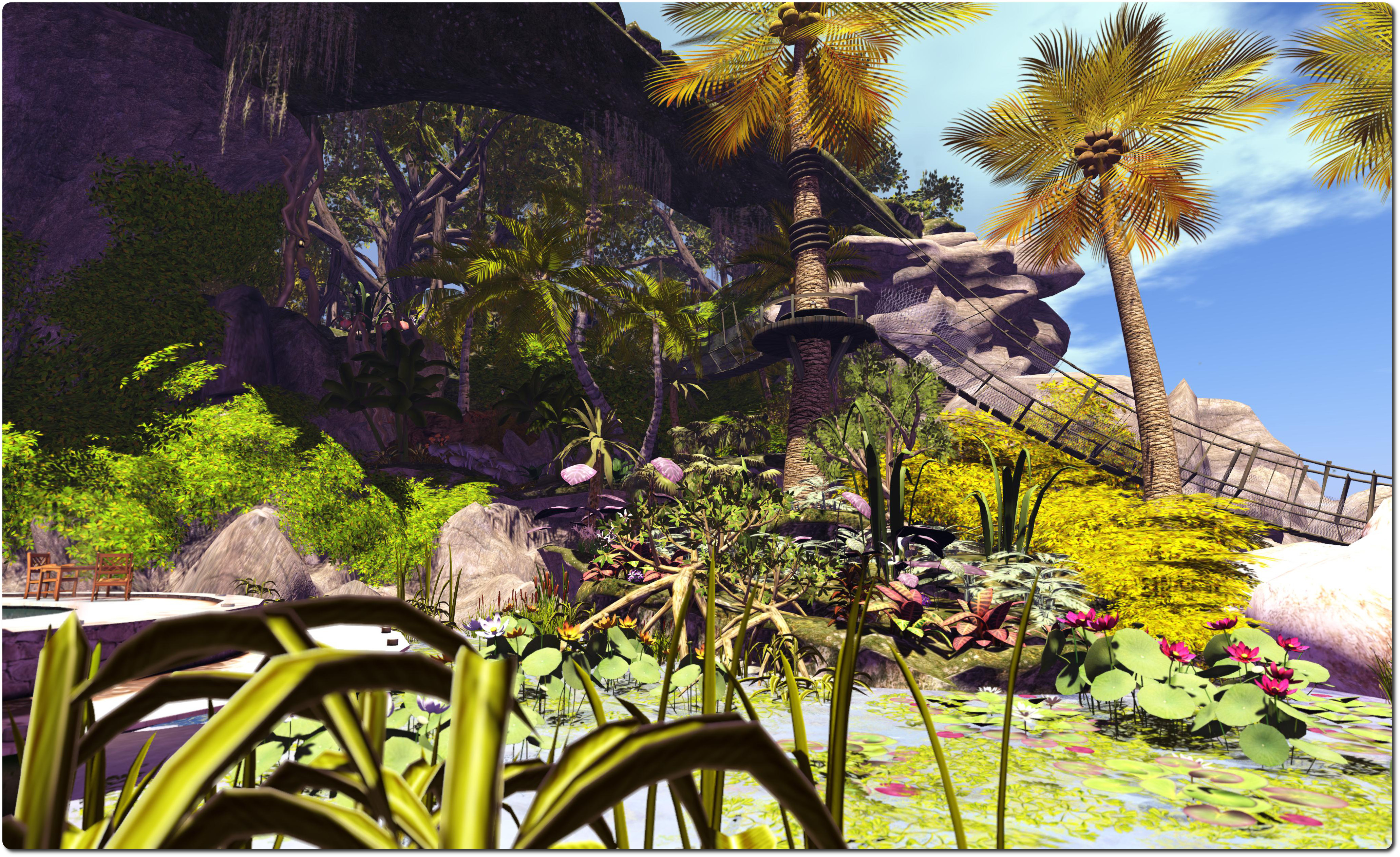 I spent several hours camming and exploring the island; there really is a lot of see – some of it which can be easily missed if you’re not careful, so take your time while wandering, and give yourself time to soak up the environment. You really won’t be disappointed.

4 thoughts on “Return to Isla Okiddo”