Lance Corrimal has given a couple of short updates on the status of his efforts to get his Dolphin viewer back up to speed.

In a brief update on January 25th, he reported that the work had seen Dolphin gain:

However, as he goes on to note, there’s still a fair amount still to be done, including: improved build tools and area search, the machinima floater and the Flickr upload capability, the inventory Worn tab and the advanced inventory search / filter, as well as things like viewer rebranding and preference pages for the Dolphin-specific features. Nevertheless, progress is being made.

In a further update on January 29th, he provides an update on Dolphin and openSUSE:

That being said, if you are running openSUSE 12.3, and have been using the Dolphin Viewer 3 through packages from the RPM repository, try a “zypper install dolphinviewer3-beta” if you feel like it

Once I have an actual release, the beta version will uninstall itself, just like magic.

There’s still no actual release date on the horizon for an updated Dolphin; things are dependent upon RL and Lance’s work schedule – so please don’t ping him asking, “When?”! Suffice it to say that further updates will appear on the Dolphin blog as they become available.

With apologies to Lance for the delay in publishing this.

Unusually for me, I missed celebrating Chinese New Year this year.  I didn’t even make it to the Creations for Parkinson’s Dance in-world, so no chance to say goodbye to the snake and greet the horse 😦 .

To make up for things, I decided to hop over to Yamatai on the region of Okami. My friend Miro Collas poked me in that direction a while ago, but I held-off blogging at the time as I’d been a little oriental-focused, and the region was still under construction. The latter still appears to be the case, but such is my mood and the beauty of the build, I decided to blog on it anyway.

The region is rated Adult, but don’t worry about any overt signs of naughtiness – at least not yet. Truth be told, I’ve no idea what the eventual intention for the region is; but whether it is period, role-play, combat, naughty fun or a combination thereof, it really is eye-catching in design.

I’m not sure if Yamatai is an intentional reference to Yamatai-koku, the Sino-Japanese name for an ancient country in Wa (Japan). First mentioned in the Wei Zhi, circa 297 AD, it has since been the subject of much debate as to its actual location down the generations. 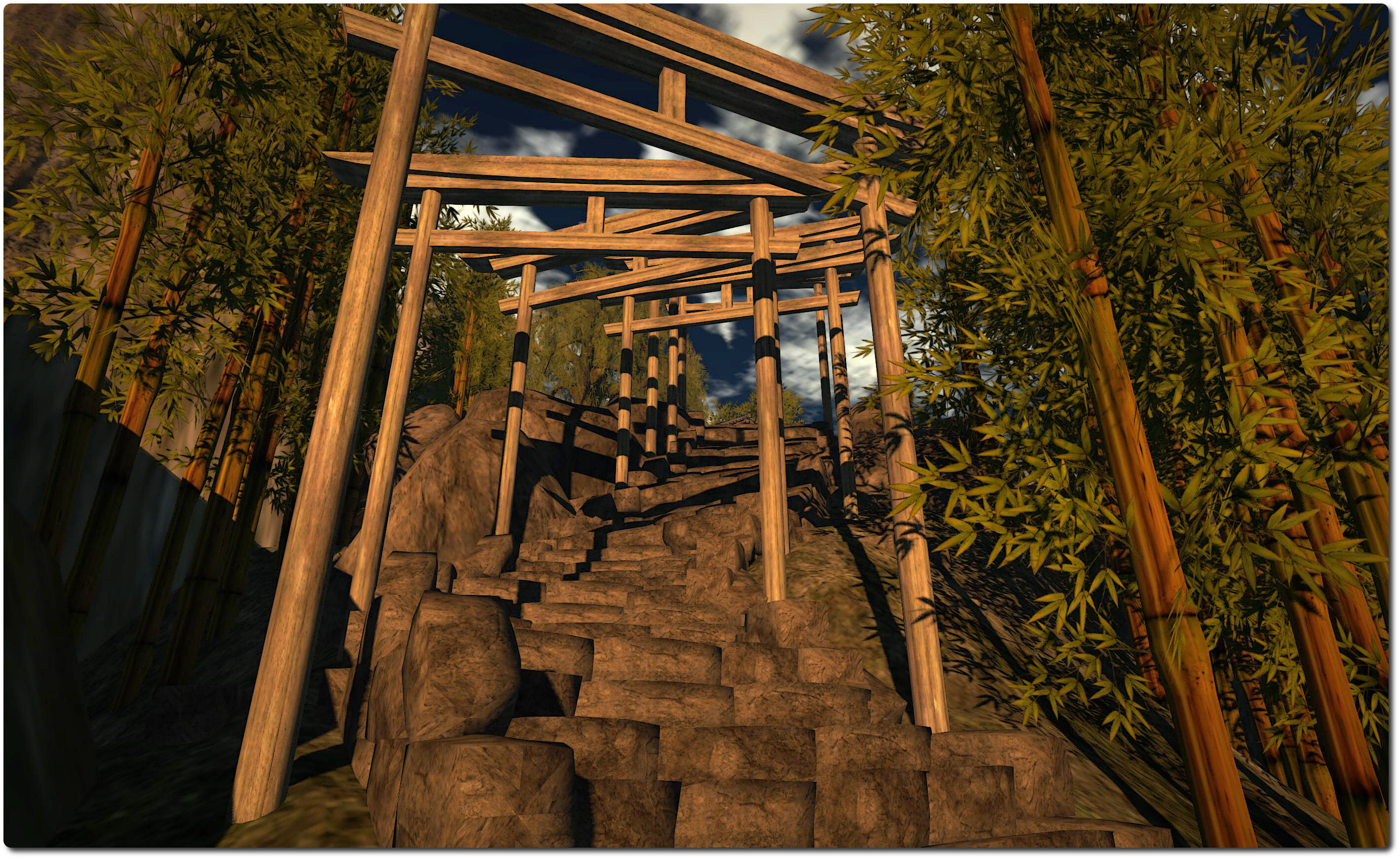 The Hou Han Shu (circa 432 AD) and the Sui Shu (636 AD) both report the mysterious Yamatai as being on a mountainous island or islands – and this certainly fits Yamatai in SL, which features dwellings and a tumbledown temple all built on a rugged landscape complete with wooded areas and tall growths of bamboo, surrounded by tall mountains through which a passage to the sea winds.

The landscape has been carefully sculpted, and the various buildings, both down on the waterfront and higher-up in the hills have been carefully situated to create an environment that is pleasing to the eye (and camera), and enticing in its invitation to be explored. There are a number of airborne houses hovering over the region, so you might want to derender them in order to avoid odd shadows showing-up in your pictures. Keep an eye out for the little touches of detail as well!

Well worth a visit. 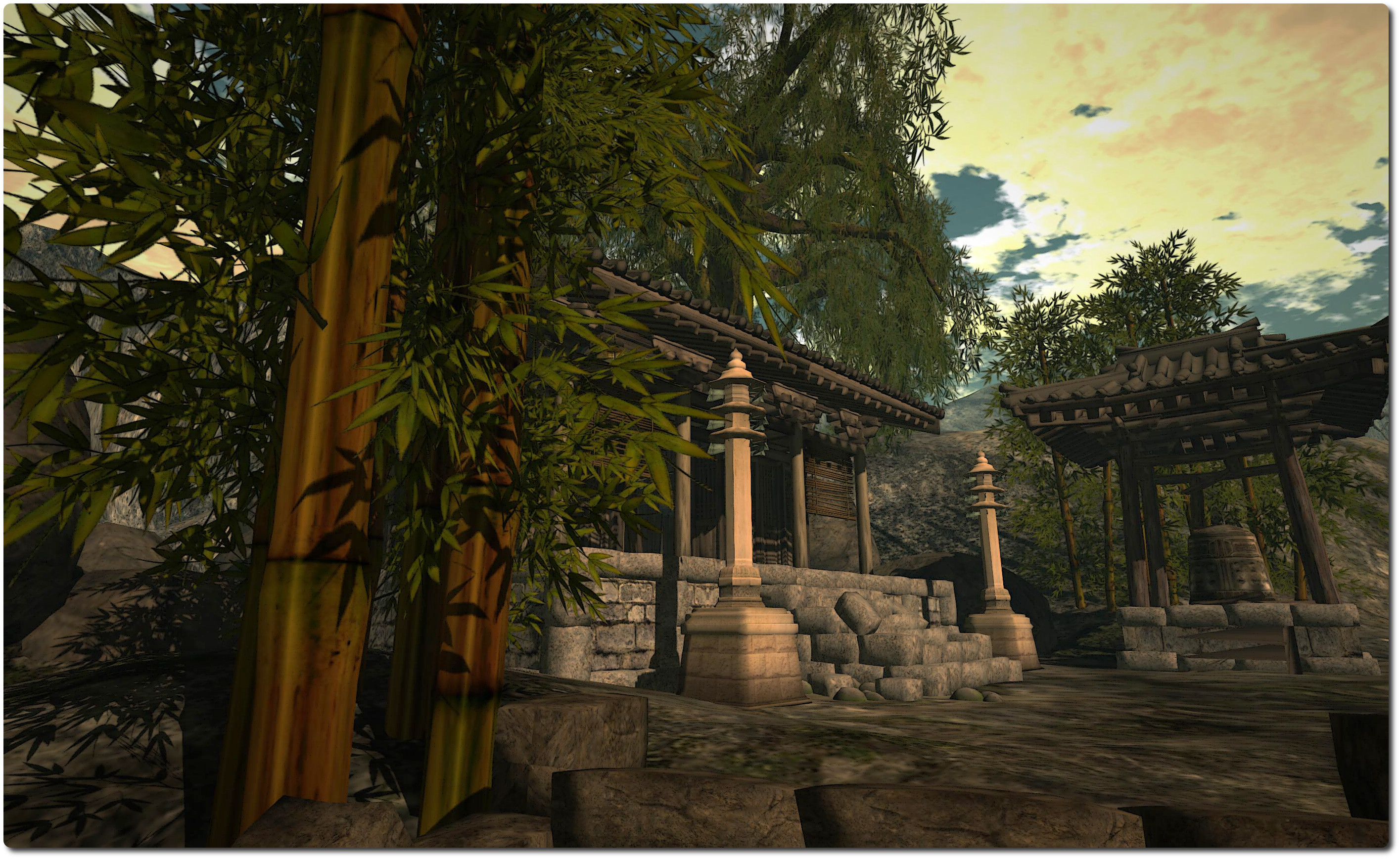