In their time, AM Radio’s builds in Second Life gained legendary status – and rightly so.  Sadly, with the passage of time and other things, his builds have all but vanished from SL, leaving just The Far Away up and running – and even that was recently endangered.

The Far Away is beautifully minimalist in its execution and design. Smaller than AM Radio’s other SL art pieces, it covers a little under a quarter region and presents a simple tableau of a wheat field in which sit a few carefully chosen objects  – the most noticeable of which is a large, rusting locomotive – and around which a box has been placed which forms a panoramic vista which adds huge depth to the piece and gives it a TARDIS-like feel of being much bigger on the inside than when seen from without.

The other prominent items in the piece are a dining table with violin atop and china cabinet nearby, and a table with a radio set, apparently just abandoned by whomever have been using it.

The windmill presents visitors with the opportunity to escape gravity’s hold for as long as they wish – as Richard Burton’s O’Brien tells us, possibly a little out-of-context, “The Law of Gravity is nonsense. No such law exists. If I think I float, and you think I float, then it happens.”

I could draw some parallels between Burton’s words and the installation, and while they might not fit with anything AM Radio had in mind when selecting the audio clip, the parallel would perhaps seem appropriate. Nineteen Eighty-four was Burton’s last film, for example, and The Far Away now stands as AM Radio’s last surviving work in Second Life, as I mentioned at the top of this piece.

However, such parallels are perhaps superficial and beside the point. While Burton has long since sadly departed, The Far Away survives. That is does is in no small part to Ziki Questi, who has stepped in to ensure the parcel on which the installation stands remains for as long as AM Radio is happy to have the piece rezzed in-world.

Ziki did so, not because she sees herself as any kind of saviour of AM’ Radio’s work, but simply because her passion for art meant that she could not stand by and let what is widely regarded as a classic Second Life art installation vanish into the ether, simply because it is so well-loved. This is something she expressed to me as we discussed her decision recently. “I know that many people love AM’s work and visit The Far Away frequently,” she told me, “And that it resonates in beautiful ways, providing people with a sense of solitude and quiet, but also a shared sense of delight and wonder.”

Personally, I’m glad she did step forward; it’s encouraged me to dig out some old photos of the build and caused me add it to my list of places to re-visit.

Perhaps I’ll see you there when I do.

With sincere thanks to Ziki. 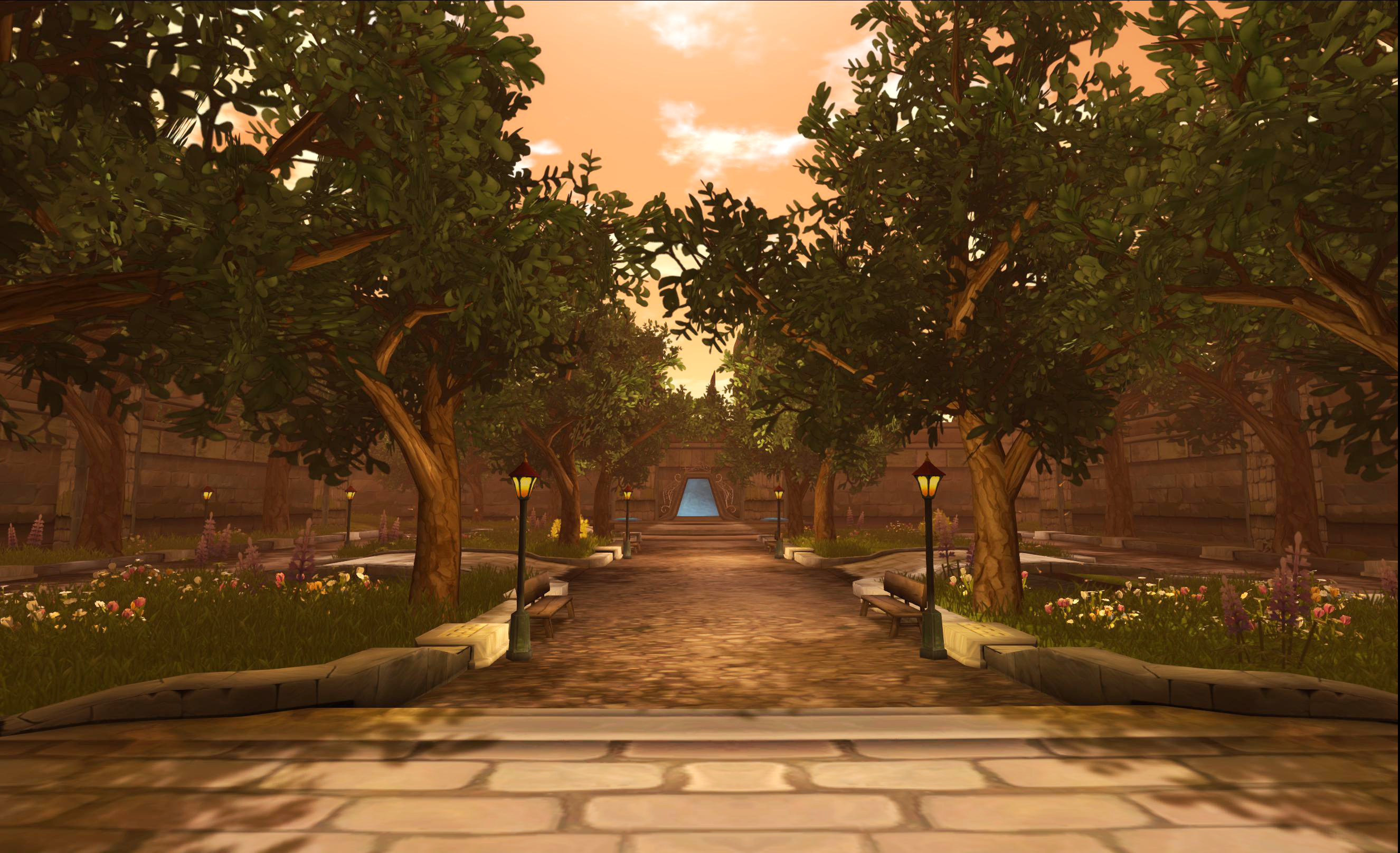 Lumenaria. I’d often heard the name. A beacon of hope and light standing against the world’s ills; a place I’d longed to visit but which seemed forever out of reach. Just now I stand on the stone streets beneath a golden sun and warm skies, bathed in colour, light and life.

Tall walls provide safety to those within, who paint the roofs of their houses and stores with gay colours which match the rich blossoms and flowers which grow alongside the paths and within gardens. Water splashes from fountains, and everywhere is the sound of mirth and good humour. 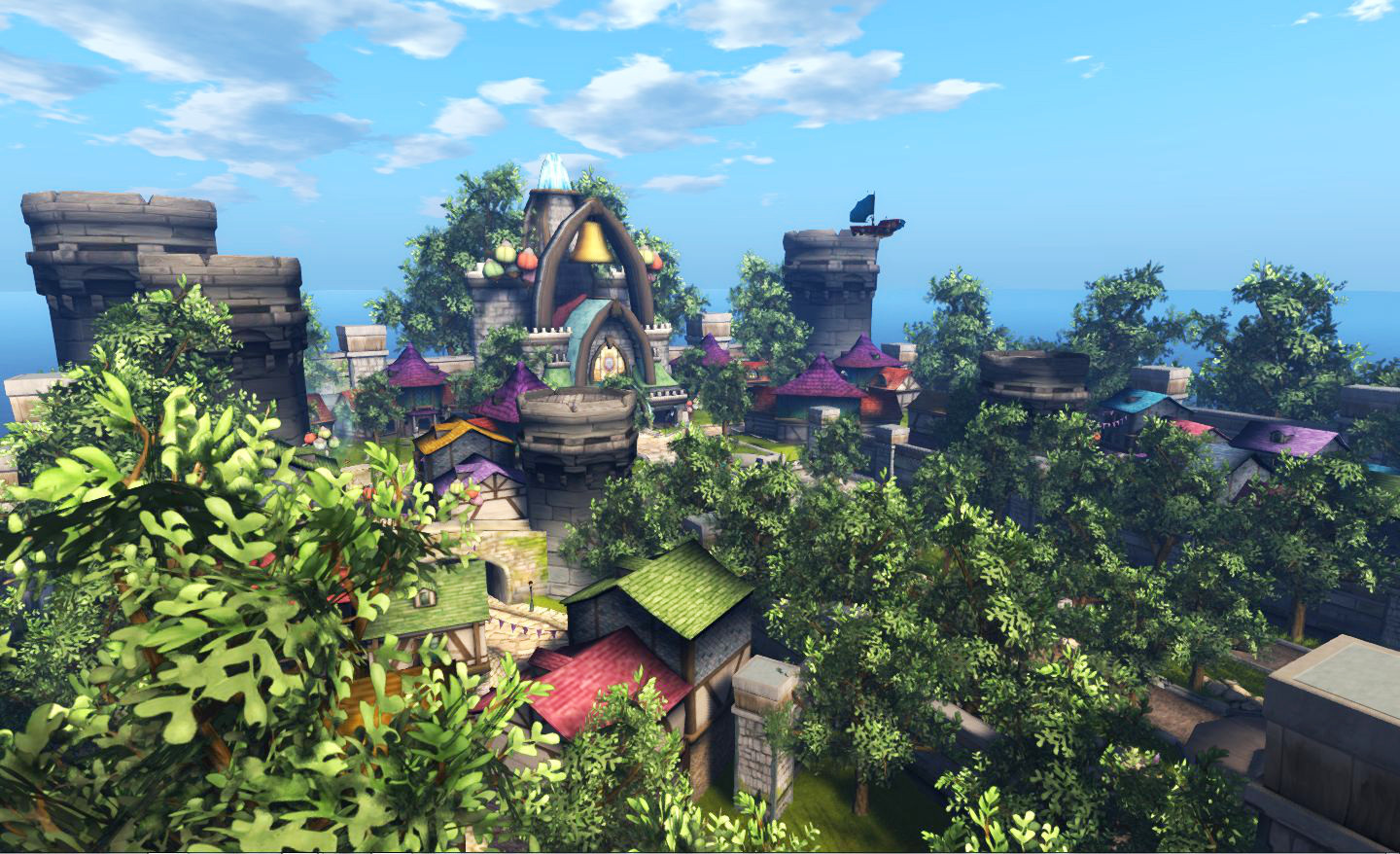 Even the names of the stores suggest life and the warmth of dreams wrapped with a hint of exotic mystery: Solarium, Oran, Garden of Dreams, The Library, KittyCat’s Creations, Elysium, Pywicket’s Myths, Bare Rose, and more. Around me roam wonderful creatures the likes of which I’ve never seen and which the locals call “Meeroos”, and small, industrious folk who refer to themselves as “Dwarfins”. Overhead flies a great dragon, magnificent wings flung wide in the warm airs, a great sky-ship slung beneath it, from which at times I hear sounds of music and delighted revelry.

Weary from my travels, I will rest awhile here. Perhaps I will climb the nearby tower soon, and ride another skyship to that great dragon and see what it is that so delights all who visit it on high … 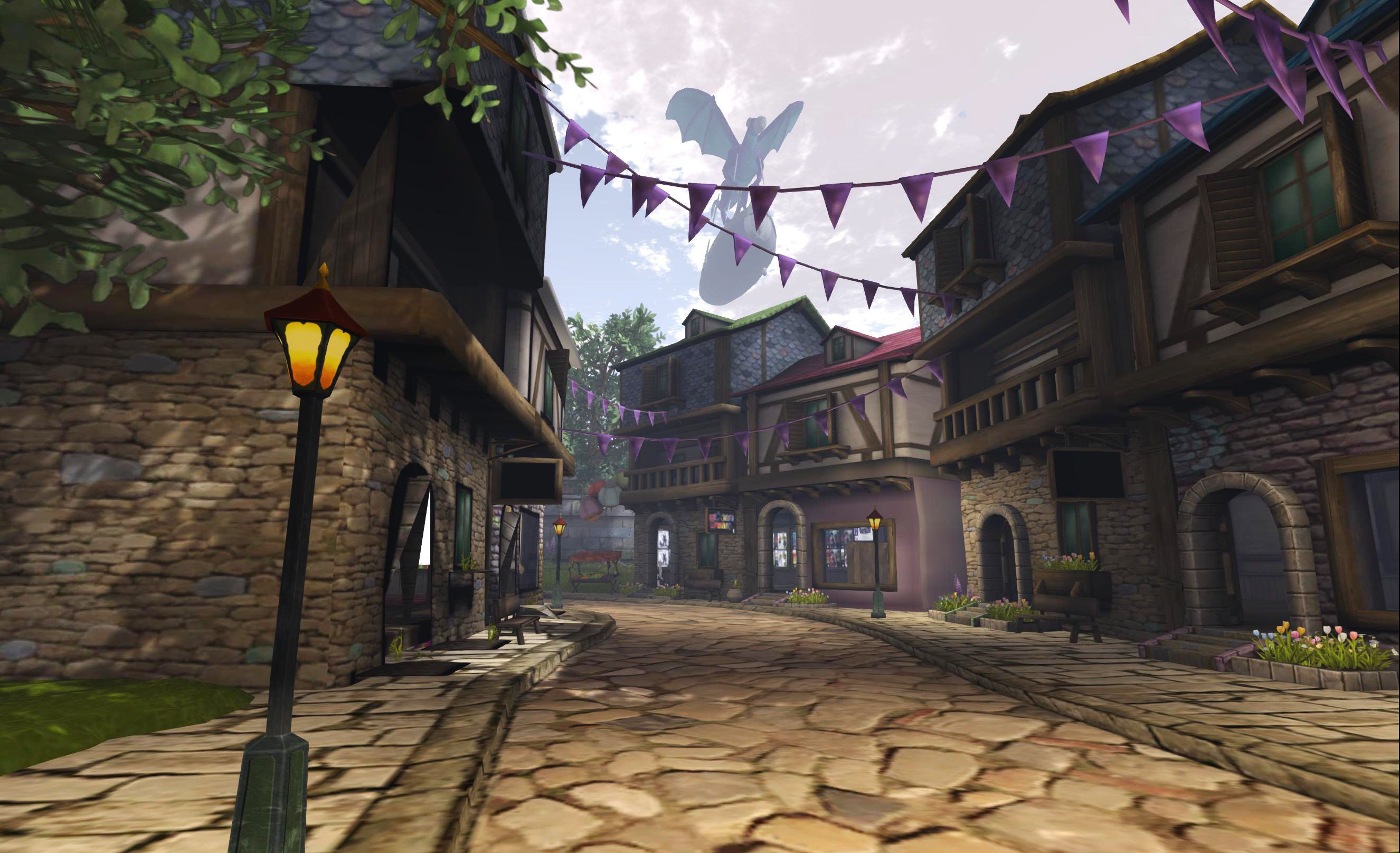 It’s time once again for lovers of the spoken word to update their diaries for dates at the Seanchai Library SL, as storytellers there bring us a host of new tales to tell.

Join Caledonia Skytower, as she brings us John Watson’s telling of Holmes’ most famous encounter – with that of one Professor James Moriarty.

Holmes arrives at Dr. Watson’s one evening in a somewhat agitated state and with grazed and bleeding knuckles. He has apparently escaped three murder attempts that day – the result of his attempts to bring a criminal enterprise led by Moriarty to justice.

Despite the attempts, preceded by a visit from Moriarty himself warning Holmes to break off his attempts in order to avoid a “regrettable outcome”, Holmes is determined to stop the ciminal mastermind, seeing it as the crowning achievement of his career as a detective.

However, with Moriarty very much his intellectual equal, Holmes knows that the task will be far from easy; indeed, Moriarty’s own pursuit of Holmes forces the Great Detective, Watson at his side, to depart England for the continent where they eventually arrive in Switzerland. Here they rest at an inn, the Englischer Hof in Meiringen, a town in the canton of Bern and which is famous as a stopping place for those wishing to visit the nearby splendour of … the Reichenbach Falls …

Gail Carson Levine is an author of young people’s fiction and perhaps best known her spirited updates to familiar folk tales starting with Ella Enchanted, her debut novel published in 1997, and stories like Cinderellis and the Glass Hill, which recently featured at the Seanchai Libary.

Join Caledonia Skytower, as she brings us more fairytales from the pen of Gail Carson Levine at Magicland Park.

Join Crap Mariner and guest Taralyn Gravois, as they serve up a heady mix of fairy tales with a twist – and I’m not talking lemon or ice.

Join Kaydon Oconnell and Caledonia Skytower as they bring us more tales about Polar Bear, the Manhattan cat saved from the streets by Cleveland Amory.

An animal rights activist, Cleveland Amory provided Polar Bear with a home after finding on the streets on Christmas Eve 1977. This incident led to Amory writing The Cat Who Came for Christmas, recently featured as a part of the Seanchai Library’s festive season of tales.

The book was followed by several more charting Polar Bear’s adventures and the proceeds from which were put back into his Fund for Animals, which in turn financed three animal sanctuaries.

Here Caledonia and Kaydon present A Difficult Matter and other selections from The Cat Who Came for Christmas.

In April Seanchai are inviting library guests to join them in supporting their featured real world charity Project Children! Have questions? IM or notecard Caledonia Skytower.