Update 29th October: Elicio has contacted me with a slight change in plans; due to a need for a sim redesign, Calavera! will now be closing on the 16th November, and the raffle draw will be held then.

I’m an unashamed fan of Elicio Ember. Cerridwen’s Cauldron never ceases to amaze, and his wonderful builds of Nu Orne and Siren’s Secret at the 2012 Fantasy Faire completely enthralled me. So when he sends me a personal invitation to explore his latest installation, you can bet I’m not only ready to accept – I’m there!

Calvera! is located high over Cerridwen’s Cauldron, and brings the famous celebration marked throughout Mexico and in other cultures around the world to life in Second Life for its third year under Elicio’s skilled hands. It’s a small installation, but one which, as with all of Elicio’s work, has been finely crafted by a master of the visual feast.

You arrive on a small gazabo-like platform just outside of a churchyard, beyond which lies a small village. Here you’ll find background on the exhibit and the Day of the Dead celebrations, as well as information about José Guadalupe Posada, whose work features in the exhibit, and about the Calavera Hunt. It is also here that you should set your viewer to Midnight in order to fully enjoy the installation as intended. I opted to use the windlight “A-12 AM” preset, as I love the vibrancy it gives to colours – and Day of the Dead is a colourful festival.

There are two of Elicio’s beautiful teleports here as well, one to his store and one to other highlights in the region. If you’ve not visited Cerridwen’s Cauldron below, I cannot emphasise enough how much it is worth to make use of both once you’ve seen Calavera! and see the rest of Elicio’s work first-hand.

From the arrival point, you cross the bridge into the graveyard itself. Here are tombs, headstones and graves, many with candles burning in memory of the departed and gifts of flowers and el pan de muerto on them. You are free to wander either left or right from the bridge, although I’d tend to favour going to the right first and working your way around the installation counter-clockwise.

There is a lot to see here as you walk – and be aware that you will, for at least part of the way, be under observation yourself from the leafy shadows! Elicio has made fabulous use of light and darkness to achieve a beautiful effect for what to some western eyes at least might seem a faintly macabre celebration, complete with painted skulls, or calaveras (albeit made of papier-mâché or candy) from which the installation takes its name.

On the far side of the graveyard from the entrance point is a tall church, again bearing all the hallmarks of Elicio’s eye and skill, lit from within with a welcoming warmth, with candles flickering around the altar. Form here it is a short walk to the village square and a recommended visit to the Calavera Cantina, which offers a tribute to the work of José Guadalupe Posada.

A cartoonist illustrator and artist, Posada used calveras in his work as a means of satirical and religious commentary. Largely unnoticed following his death in 1913, Pasada’s engravings were “discovered” by the French artist Jean Charlot in the 1920s, who brought them to a wider audience, where they have since become associated with The Day of the Dead.

This is the third Calavera! exhibit Elicio has put together, and represents over 100 hours of work. To help support this effort, Elicio is running a hunt throughout the installation’s open period. On offer are a range of limited edition gifts, which will not be available anywhere else, and those completing the hunt will be entered into a raffle to be drawn on the last day of the exhibition, November 16th, with a chance to win one of five special prizes. The hunt involves following clues, doing a little research and having some fun. There is a L$100 entry fee payable in order to received further information, which is how the hunt is being used to offset the costs of the exhibit.

Calavera opened on October 21st, and runs through until November 16th. It is well worth a visit and an exploration; and if you’ve never visited Cerridwen’s Cauldron before, then do please leave yourself time to do so – you really won’t be disappointed. 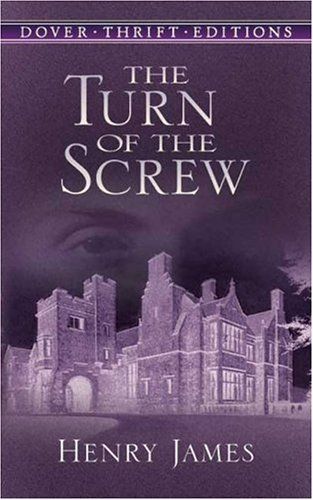 Staring on Monday 22nd October, Seanchai Library (SL) launch a new project: One Work in One Week. Given the time of year, the chosen piece is Henry James’ classic tale The Turn of the Screw.

First published in 1898, Turn of the Screw is perhaps best described as a “psychological ghost story”. In it, an unnamed narrator listens to a friend reading a manuscript written by a deceased former governess. The manuscript tells the story of how the young governess is hired by a man who has become responsible for his young nephew and niece after the death of their parents. He lives mainly in London and is not interested in raising the children himself. Accepting the post, the governess finds herself drawn into a deepening mystery involving the children, strange spectres and perhaps dark secrets.

Turn of the Screw is not your typical ghost story, it is a complex weaving of narrative, with a certain deliberate ambiguity which suggests more than one meaning behind the tale. Are the apparitions (far from any stereotypical ghosts), actual manifestations or something else? Is the governess a somewhat innocent witness caught-up in matters, or is she perhaps more of a protagonist in the unfolding of the tragic events?

It is this ambiguity which has made The Turn of the Screw a classic tale, dividing critics and readers alike. It has led to it becoming an excellent subject for many adaptations over the years, with films, television programmes, graphic novels, radio plays – even an opera and a ballet – either being based upon it or inspired by it.

The richness of the story, its ambiguity and its many turns makes it an excellent subject for audio presentation by the Seanchai Players, so why not go along and share in the unfolding mystery?

The Turn of the Screw will be performed in Voice at Imagination Island at the following times:

Updates will be posted on the Seanchai blog, should you miss an evening.

“Off campus” Seanchai Library Events for the Week

*Updated to reflect latest information from Bear Silvershade of the Seanchai Players.

Alina Lyvette has again been beavering away with Lumiya, adding features, fixing bugs and sorting a couple of things out. In this, I feel a little guilty, as one of the things she’s been sorting out is the Outfits folder. I mentioned last time around that there was a slight hitch with it, and Alina immediately started work correcting it, when really she should have been taking a break.

The result is yet another release for Lumiya, this one 2.3.2, which features the following key updates:

This does exactly what it says on the label: displays the name tag over an avatar’s head, using either the avatar’s display name or legacy name.

Group names  are currently not displayed and frankly, when using Lumiya on a small screen, they’re something I can personally get by without; although I suspect Alina is working on adding them!

Until now, touching a scripted object in the in-world view and handling the menu was a bit of a convoluted affair: touch the object, switch to chat to see the menu, use the menu, swap back to the 3D view.

Well, no more. Touch an object and you’ll get an initial menu, complete with a TOUCH button. Tap that, and the menu for the object will overlay the in-world view, which you can used exactly as you would in a full viewer.

To touch one of your own scripted attachments:

If you wish to touch an attachment worn by another avatar, you can do so in one of two ways: via the 3D world view or via text mode.

In the 3D world view: