I was unaware of Keisei until Honour McMillan recently posted images in her blog. Once I’d seen them, however, it went right to the top of my list of SL destinations to visit. Anything having an oriental theme is going to get my attention, and Keisei is just that.

The region, rated as Moderate. is predominantly Japanese in nature, although there are small Sino touches which I find attractive as well. From the landing point, you’re free to wander where you will, with footpaths to guide you, or you can use the teleport board to pin-point selected destinations. 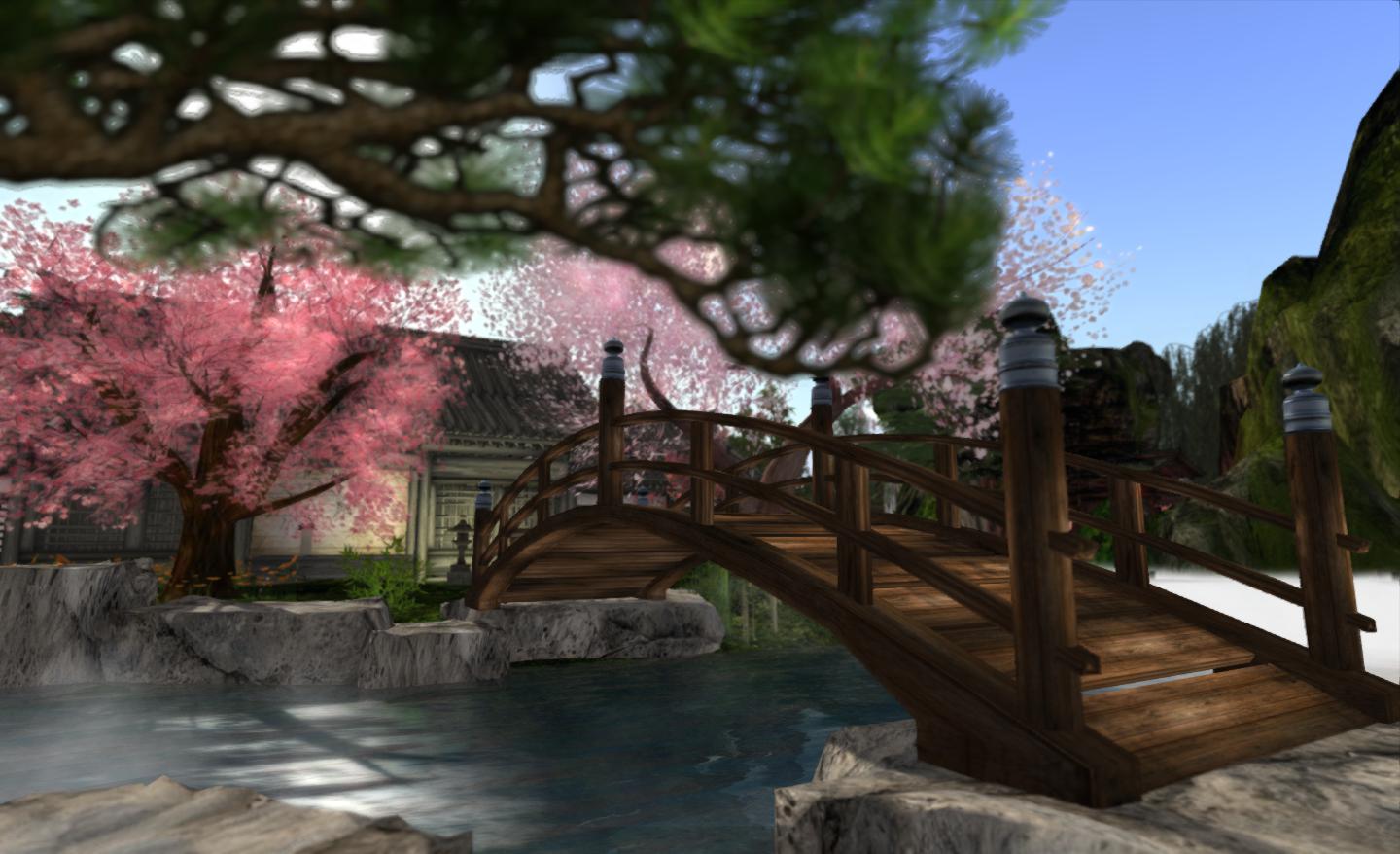 There is a lot to see and enjoy here, and the landscape has been put together to encourage photography – and to encourage experimentation with Windlight settings; so much so, that I could have happily spent hours in Keisei snapping away and tweaking my settings through Phototools (which I think I’m finally starting to get my head around, although I have a long way to go yet before I can pull off anything half-decent).

Water is very much a feature here, with streams, pools and waterfalls in abundance. There are places to sit and admire the gardens, places to climb, and places to sit in quiet contemplation. Keisei is also the home of  Shiraito-no-Taki Hanamachi, located to the North-west of the region. 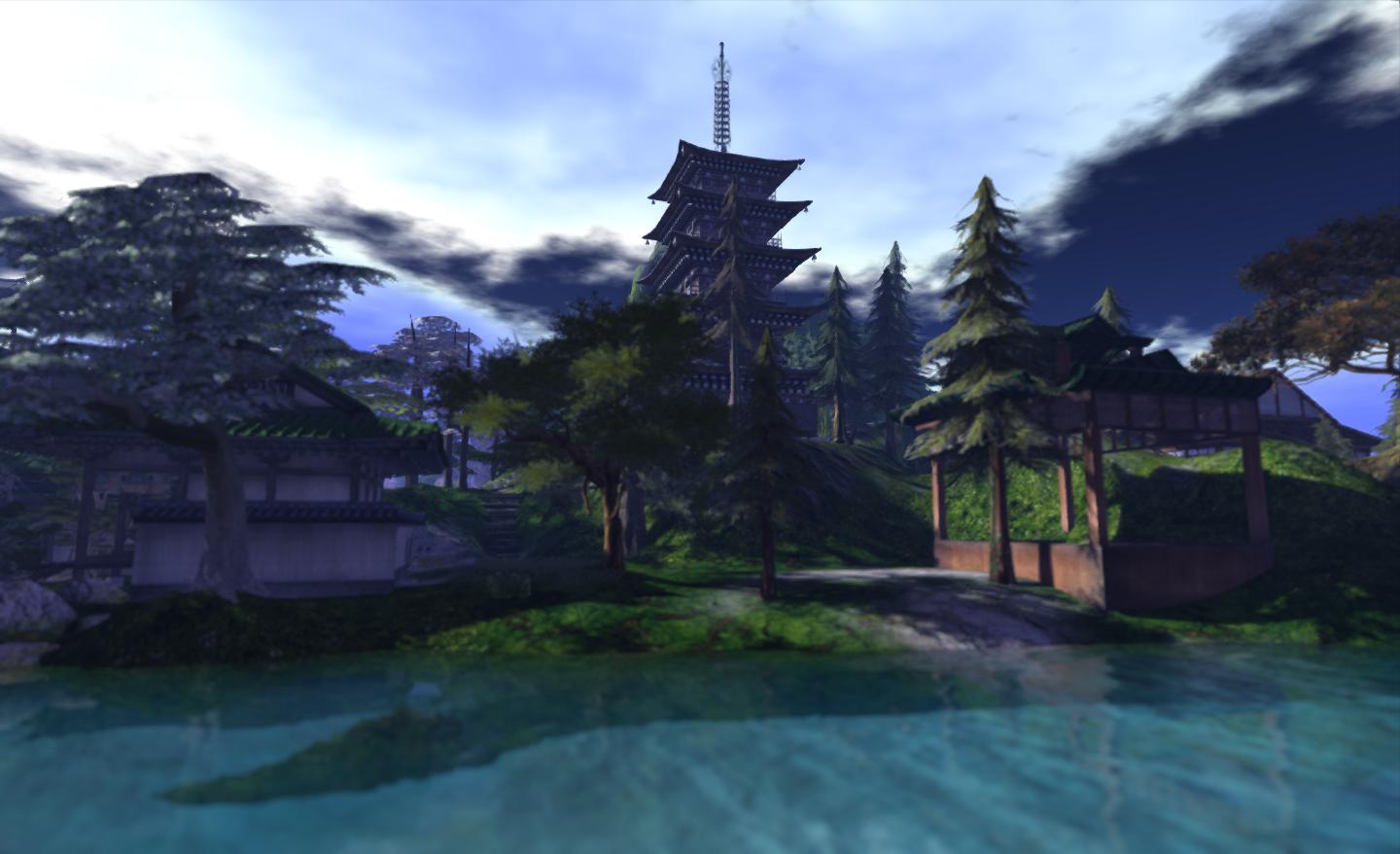 To the North-east side of the region sits Enkatsu Yama, the private home and garden of Famke Faith (also known as Phoenix DaVinci). The outer ward of this is open to the public, and visitors are welcome to stroll around and enjoy the tranquillity. Beyond the inner gates,  guarded by two Chinese looking lions, sits the house proper in a private ward, where visitors are asked not to stray.

Sim extenders are used to great effect around Keisei, giving the feeling  that this is a small, coastal community, lost in time and free from the hustle and bustle of modern life. Out in the bay to the west of the region lies a wood-framed light house, waiting to guide ships to a safe berth. 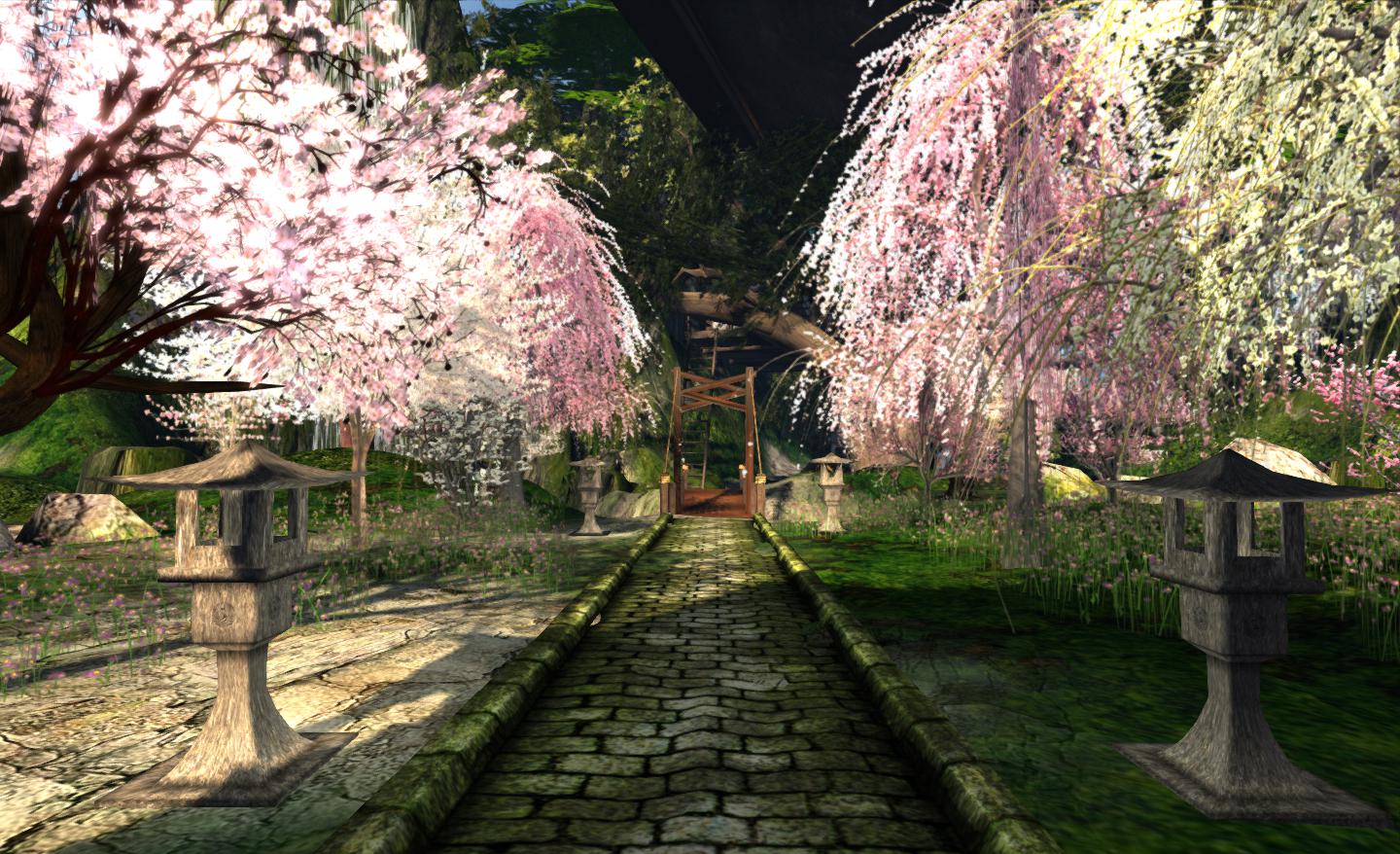 There are a number of Windlight presets in operation around the sim, so you’ll likely get requests to change your Windlight as you go – it’s worth doing, as some of the presets really do set off the sim’s landscaping and architecture perfectly. The music streams also vary from parcel to parcel – so if you use a viewer with an active media filter, be prepared for a few prompts from this as well. The music I heard was again in keeping with the tranquil nature of the sim, and didn’t detract in any way from my enjoyment as I explored.

This is a wonderfully relaxing sim to visit and, as mentioned, a photographers delight. My thanks to Honour for raising my awareness as to its existence. 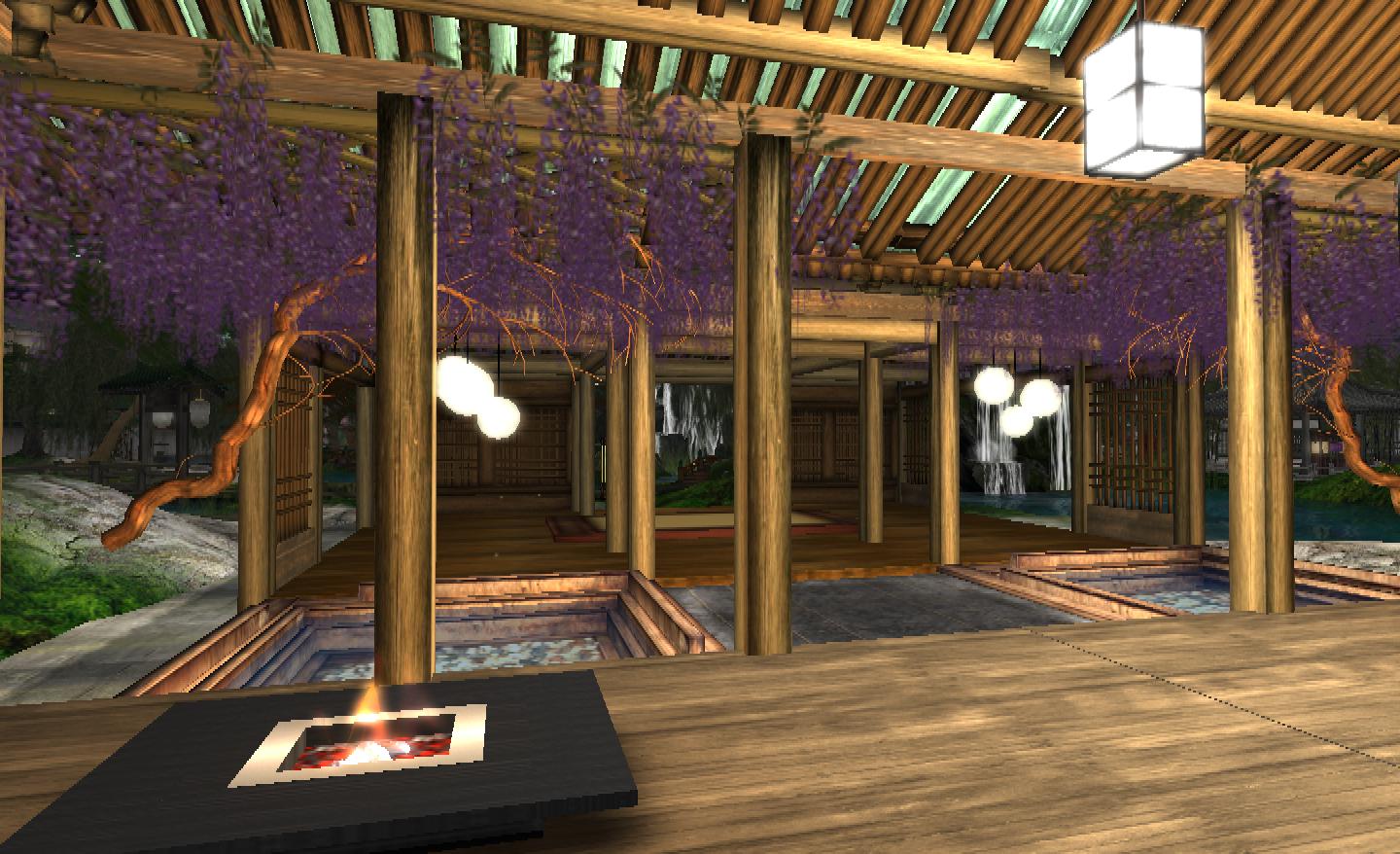 September 7th through 9th saw the robot arm systems go through a range of “reach tests”  which also allowed Curiosity it complete another series of “firsts” from Mars as the Mars Hand Lens Imager (MAHLI) was used to capture a range of images of the rover to help with calibrating the system and to check-out Curiosity’s condition. All of these images were taken with the protective cover on MAHLI’s lens in the open position, and revealed the clarity with which the system can capture images.

There was a slight delay in progress on Sol 31 (Sept 6th), after a temperature reading from the arm caused Earthside concerns and the cancellation of planned activities while the matter was investigated and successfully resolved. Sol 32 (Sept 7th) saw the tests planned for the 6th Sept successfully completed, which included the capture of the images of the rover’s mast and the turret on the end of the robot arm I’ve previously reproduced here. A series of vibration tests were also carried out, designed to characterise the function of the sample processing device in the turret (the vibrations will cause the system to act like a sieve, separating-out very fine Martian surface material out from the rougher samples prior to delivery to the on-board science systems, CheMin and SAM).

The reach tests for the robot arm are designed to test the arm based on a range of calibration motions carried out on Earth intended to approximate how the arm should work on Mars. The tests are important because the arm, with the mass of the turret on the end, has only been operated in Earth’s gravity and engineers need to confirm that the arm is actually functioning as anticipated in the lower Martian gravity environment and after both an 8-month cruise through interplanetary space and the rough dynamics of the EDL phase of the mission. Adjustments carried out as a result of the reach tests will allow the arm and turret to be operated with the degree of precision required for the forthcoming science elements of the mission.

The Trivia Report I Forgot

On some of these MSL reports, I’ve published a small piece of trivia about the mission. One that I had lined-up, but then missed Pressing, was that fact that among all the science hardware on Curiosity there is … a 1909 Lincoln VOB penny.

The penny is part of the calibration target for MAHLI, which is mounted on the front of the rover’s body. The target also includes colour chips, a metric standardised bar graphic, and (just below the penny) a stair-step pattern for depth calibration.

The penny itself is a nod to geologists’ tradition of placing a coin or other object of known scale as a size reference in close-up photographs of rocks, and it gives the public a familiar object for perceiving size easily when it will be viewed by MAHLI on Mars. The coin  was supplied by MAHLI’s principal investigator, Ken Edgett, and was minted to mark the centennial of Abraham Lincoln’s birth.

Also on the calibration target is an image of “Joe the Martian”. This is also from Ken Edgett, and is actually his own creation, first drawn when he was nine years old when the NASA Viking missions in the 1970s inspired him to want to become a planetary researcher. The character was later used in a children’s science periodical, Red Planet Connection when Edgett directed the Mars outreach program at Arizona State University in the 1990s.

Both the penny and the character are designed to engage public interest in the mission, and both will be imaged throughout Curiosity’s operations on Mars, allowing people to see how weathered they become over time due to exposure to the Martian environment.

Taking a Look Underneath

On Sol 34 (Sept 9) MAHLI was used to take a series of images looking underneath the rover’s belly, allowing engineers to take a first-hand look at the overall condition of the wheels and underside of the vehicle and confirm there is no hidden damage which might cause problems later.

These images also help demonstrate the extreme flexibility of MAHLI, which can image objects from as close as 2.1 cm (just under an inch) right out to infinity, allowing it to be used for close-in precise work related to surface science, and for producing more general images which can be used in a range of activities from confirming the rover’s status through to helping to plan for the drive to “Mount Sharp”.

Taken together, the MAHLI images are remarkable because no other planetary or robotic mission has been able to image itself so comprehensively. Being able to do so not only assists engineers in assessing the rover’s condition throughout the mission, it helps to further engage public interest in what Curiosity is doing by “personalising” the images it can return from Mars.

Curiosity reports in this blog