This week is Fantasy Faire week – and quite possibly one of the best-organised events in SL for 2011. A multi-sim celebration, the fantasy covers all aspects of fantasy RP in SL, with sims themed in terms of look and vendors, to present a stunning visual experience that could be heavy on the unwary Linden dollar account!

The aim of the event is to explore the RP themes available in Second Life while at the same time raising money for Relay For Life (and nigh-on $7000 USD has already been raised, with some $1600 of that coming from just the first day). 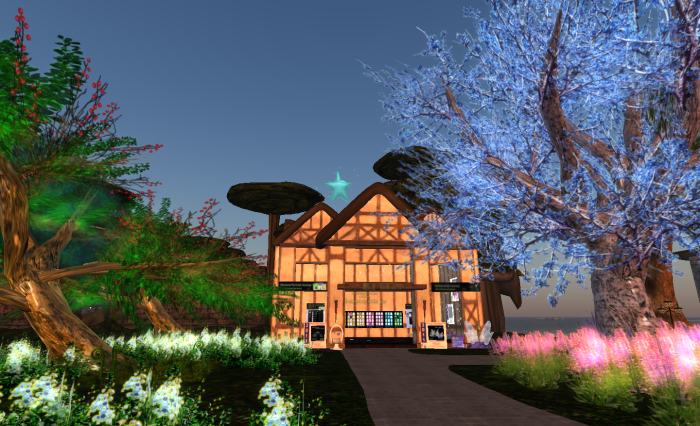 Events are planned through the week at the faire, with tonnes of live music each and every day, plus some “special” events: such as top creators and sponsors of the event being thrown in jail, where they cannot be released until their bail is paid (all donations to freeing them go to RFL)!

While it may get a little laggy given the amount of attention the event is getting, spending time wandering the sims is more that worth the effort. Not only are thy amazing builds in and of themselves, there are some remarkable creations on sale as well.

Navigating around the sims is a joy: There is a central “hub” sim called Fantasy Faire Central, which acts as the focal-point for arrival. This has a central teleport gazebo, with charity information clearly displayed, together with adverts for the various sims and a teleport board that takes you directly to any of the other sims – where you arrive at a similar gazebo, centrally located and themed to sim, which offers the same facilities. This makes sim-to-sim teleports quick and simple from those not wishing to trust region crossings.

The themes in the sims are nicely carried through: Sea of Mer, for example, features stores with an aquatic fantasy bent – mermaids, and so on; in the Forest of Shadows, stores are all built from the wood of the surrounding forest, while in the Forest of Light, they have almost a fairy-tale look. Dark Mirage features a town build with a stunning tower as its visual focal-point which looks dramatic framed against a burnished sky at sunset.

Alongside the shops in each sim is a low-key RFL kiosk, allowing donations to be made quickly and easily wherever you are in your travels. Sims are also set to specific times of the day to enhance their appearance, and I’d strongly suggest that you leave your day times settings on Regional Default to fully enjoy this.

Getting around all of the sims is a work of perseverance; even in quiet times, the lag can hit hard – and stands as testament to the fact that Linden Lab really need to put effort into getting this sorted as a matter of course, rather than it repeatedly coming up as a “special focus” for action. However, it really is worthwhile making the extra effort as a lot of time as effort has gone into developing a look for the Faire that puts it head-and-shoulders above others. Certainly it is worth a visit – if only to drop a donation into to a very worthy cause.

“From Saturday April 2nd to Sunday April 10th 2011, thousands of Second Life residents and creators are coming together to support the American Cancer Society’s vision of a world without cancer.  Friends Fighting Cancer (FFC) have transformed nine sims of Second Life into a fantasy wonderland:  the Fantasy Faire 2011 to benefit Relay for Life of Second Life (RFL of SL).

“The Fantasy Faire 2011 is the largest gathering of fantasy designers, enthusiasts, roleplayers and performers in the virtual world.  Ten days of commerce, special events, live music concerts, exclusive items auctions, RFL ribbon hunts and fundraising to benefit Relay for Life and the fight against cancer.  Avatars, clothing, furnishings, gadgets, goodies and exclusive items are available from top SL Fantasy Creators in stunning sims designed by builders creating some of the most noticeable fantasy spots on the SL destination guide.”

These are the opening pragraphs of the official 2011 Fantasy Faire press release.

It promises to be one of the largest user-organised events in Second Life, and it is all in a very good cause.

With thanks to Ciaran Laval.