It’s time to highlight another week of storytelling in Voice by the staff and volunteers at the Seanchai Library. As always, all times SLT, and events are held at the Library’s home at Holly Kai Park, unless otherwise indicated. Note that the schedule below may be subject to change during the week, please refer to the Seanchai Library website for the latest information through the week.

Seanchai Library takes a short break is the unfolding events of The Murder at the Vicarage  to spend a little time in Miss Jane Marple’s garden in St. Mary Mead to bring to us some of the shorter stories of her adventures.

Caledonia returns to the Golden Horseshoe to celebrate both Father’s Day, and the Horseshoe’s renovation with unbelievable adventures. 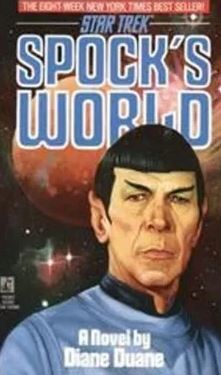 In the 23rd Century…

On the planet Vulcan, a crisis of unprecedented proportion has caused the convocation of the planet’s ruling council, and led to Starfleet ordering the U.S.S. Enterprise to the planet in the hope that its first officer, and Vulcan’s most famous son, can help overcome the issues the planet faces.

As Commander Spock, his father, Sarek, and Captain James T. Kirk struggle to preserve Vulcan’s future, the planet’s innermost secrets are laid open, as is its people’s long climb to rise above their savage pre-history, merciless tribal warfare, medieval-like court intrigue to  develop and adhere to o’thia, the ruling ethic of logic, and to reach out into space.

For Spock, the situation means he is torn between his duty to Starfleet and the unbreakable ties that bind him to Vulcan. Confronted by his own internal conflicts, he must quell them and prevent his world – and possibly the entire United Federation of Planets – from being ripped apart.

On Friday noon, July the twentieth, 1714, the finest bridge in all Peru broke and precipitated five travellers into the gulf below.

Thus begins Thorton Wilder’s second, and 1928 Pulitzer Prize winning novel. Influenced in part by Wilder’s own conversations with his deeply religious father, and inspired by Prosper Mérimée’s one-act act play, Le Carrosse du Saint-Sacrement, Thorton described the novel as a means to pose the question, “Is there a direction and meaning in lives beyond the individual’s own will?”

The bridge of the novel’s title and opening is a fictional Inca rope bridge, and its collapse is witnessed by a Franciscan friar, himself about to cross over it. A deeply pious man, Brother Juniper finds his faith challenged by the tragedy, and as a result embarks upon a “mission” to prove that it was divine will rather than chance that led to the deaths of those who fell with the bridge.

Over the course of six years, he compiles a huge book on the lives of those who perished, much of it obtained through interviews with those who knew them, in an attempt to to show that the beginning and end of the lives of those lost in the tragedy might be a a window into the will of God, and that the beginning and end of every life is in accordance with God’s plan for the individual.

Thus, within his book, he records the lives of those killed, as presented in succeeding chapters of the novel, mapping all that led them to their fate. The novel itself weaves a story through time, from the opening tragedy, then back to the lives of those who perished, then forward to the book’s reception by the church, then back once more to the events that immediately followed the tragedy and before Brother Juniper embarked on his quest.

Through this, we not only witness the lives of those lost, but also Brother Juniper’s own fate as a result of his efforts – a fate itself foretold within his book, and which again leaves one pondering the question Wilder set in writing the novel: is there indeed direction in our lives beyond our own will – and if so, is it rooted in the divine, or humanity’s own attitudes of a given time?

Corwyn Allen brings us stories about Kerry Greenwood’s Australian heroine of the 1920s, possibly made popular to a globe audience through the Australian Broadcasting Corporation’s series, Miss Fisher’s Murder Mysteries.

Phryne Fisher is rich, aristocratic and far too intelligent to be content as a flapper in the Jazz Age. She collects men, fast cars and designer dresses. she flies, dances, shoots and has a strong bohemian outlook on life. But no matter how delicious the distractions, Phryne never takes her eyes off her main goal in life: bringing down villains.

Shandon Loring takes us into the cigar smoky and trenchcoated world of police detective lieutenant Columbo, perhaps most famously embodied by the late Peter Falk, and here given life through the fan fiction of T. J. Cluedo. Also in Kitely – grid.kitely.com:8002:SEANCHAI).