Seanchai Library and Friends present a selection of reading from Edgar Allen Poe at The Philosophy of Furniture. Featuring VT Torvalar, Da5id Abbot, Dubhna Rhiadra, Bryn Taleweaver, and Caledonia Skytower, reading extracts from The Masque of the Red Death, The Imp of the Perverse, Hop Frog, and more.

Take the teleport from the region landing point to the Poe platform.

Caledonia Skytower, Kayden OConnell and Corwyn Allen return with a Seanchai favourite: Tea-time at Baker Street. This time they are going right back to the roots of the legend, and the case which first introduced the world to Doctor John Watson and the renowned Consulting Detective, Mr. Sherlock Holmes.

In the story, it is actually several weeks before Watson learns of Holmes’ rather unusual chosen profession. When told, he remains initially dubious until Holmes gives a practical demonstration of his powers of observation and deduction, using a messenger from Scotland Yard as his subject. The messenger has come with a request for Holmes’ assistance; Holmes is at first reluctant to heed the call, but Watson urges him otherwise. So it is that they set out on their first adventure together, one involving poison, a double murder in London and a bitter tale of love, loss and revenge from America.

Phssthpok the Pak had been travelling for most of his thirty-two thousand years. His mission: save, develop, and protect the group of Pak breeders sent out into space some two and a half million years previously.

Brennan was a Belter, the product of a fiercely independent, somewhat anarchic society living in, on, and around an outer asteroid belt. The Belters were rebels, one and all, and Brennan was a smuggler. The Belt worlds had been tracking the Pak ship for days — Brennan figured to meet that ship first…

He was never seen again. At least not by those alive at the time.

Join Gyro Muggins as he reads Larry Niven’s engaging tale of humanity’s past – and future. 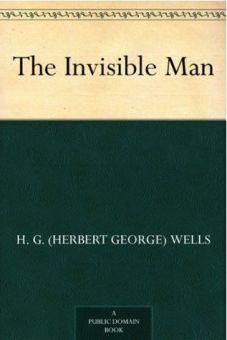 Oh! – disillusionment again. I thought my troubles were over. Practically I thought I had impunity to do whatever I chose, everything – save to give away my secret. So I thought. Whatever I did, whatever the consequences might be, was nothing to me. I had merely to fling aside my garments and vanish. No person could hold me. I could take my money where I found it. I decided to treat myself to a sumptuous feast, and then put up at a good hotel, and accumulate a new outfit of property. I felt amazingly confident, – it’s not particularly pleasant to recall that I was an ass.

Join Shandon Loring as he delves into the classic tale by H.G. Wells of Griffin, a man already consumed by a desire to have power and fame, who finds a way to make himself invisible to the rest of the world – but not the way to become visible again.

The results do not go in his favour, heightening his bitterness and encouraging him to think only in terms of wreaking havoc as his bitterness grows deeper and his desire to revel in the absolute lack of conscience, to commit crime and instil terror, grows to the point of fanaticism… Also presented in Kitely (hop://grid.kitely.com:8002/Seanchai/144/129/29).

With Finn Zeddmore at The Philosophy of Furniture.