New York, 1932. Nick Charles, a retired west coast private detective, and his wealthy socialite wife, are in the Big Apple for Christmas. It’s a place where Nick is perfectly happy getting drunk in their hotel room or in speakeasies. Which is not to say the couple are unhappy; far from it. They enjoy witty repartee and banter with one another, and Nora is every inch Nick’s match in wit and intelligence.

Things change when Nick is visited by Dorothy Wynant, the daughter of a former client, businessman Clyde Wynant, who has apparently vanished ahead of his daughter’s wedding. Nick reluctantly – and to Nora’s amusement – agrees to find the missing businessman (the titular Thin Man). But what starts as a search for a missing man quickly turns into the hunt for a murderer after Wynant’s secretary is found dead, with all the evidence points to Wynant himself as her killer. 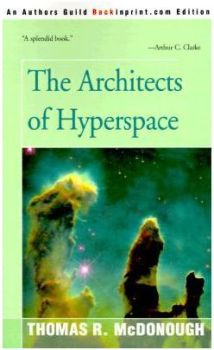 Humour, hard science and speculative science fiction all combine in this novel by Thomas R. McDonough, who has worked with both the SETI Institute and The Planetary society.

A trio driven by personal ambitions comes together after a dying man’s last words send them in search of the secrets of a lost alien civilisation. Critic’s review:

A wonderful tongue in cheek story backed by great speculative science. The combination of the sometimes screwball comedy with the specifics of how hyperspace could work and the details of the time lags of space communication, etc, made for a believable and well-formed diegesis. There were times reading this book that I just had to stop to laugh. The book reminds me a great deal of Red Dwarf.

Join Gyro Muggins as he reads this unusual story. 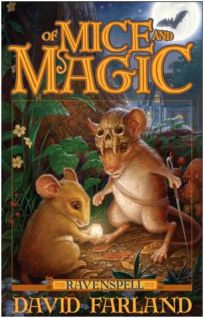 More than anything, Benjamin Ravenspell wants a pet. But when he buys a mouse named Amber, he gets more than he bargained for. No sooner does Ben take her home, than Amber turns him into a mouse too.

You see, Amber has magical abilities, and it so happens that Ben is a familiar, a creature that stores magical energy. Together they each form half of a powerful wizard. Alone, they’re just vermin.

Soon Ben and Amber find themselves pitted in an epic battle against a magical enemy who is as crazed as he is evil, and the fate of the world will rest on them learning to work together.

The featured charity for May through July is Alex’s Lemonade Stand, raising awareness of childhood cancer causes and funds for research into new treatments and cures.

One thought on “Mysteries, magic and monsters”