Crazy Eights sees Caledonia, Corwyn and Kayden reading from The Return of Sherlock Holmes on Sundays from the living room of 221B Baker Street. This week: The Adventure of the Second Stain.

Holmes and Watson received two very distinguished guests, who between them have a serious problem of some considerable import and delicacy.

None other than the Prime Minister, Lord Bellinger and the Secretary of State for European Affairs, Trelawney Hope, inform Holmes that a document has been stolen from Hope’s dispatch box whilst it was at his private residence. The document, a letter from a foreign potentate, could result in very dire consequences – even war – if delivered to the wrongs hands.

Both the Prime Minister and Hope impress upon Holmes that such is the nature of the document that no-one in Hope’s household, not even his wife, knew of its presence prior to the letter vanishing when Hope was out of the house for a number of hours.

Taking the case, Holmes decides to call upon a number of spies who may have a vested interest in obtaining the letter on behalf of their governments, only to find one of them has been murdered. Deciding that this could not be mere coincidence, he finds the mystery deepening when Hope’s wife, Lady Hilda Trelawney Hope, arrives at 221B Baker Street, demanding to know the contents of the document, whilst also begging Holmes to tell her husband nothing of her visit.

15:00 Magicland Storytime:  more from the Art and Magic of William Joyce 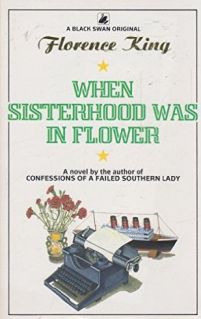 The writings of Florence King return to Seanchai Library as Trolley Trollop continues reading When Sisterhood was in Flower (1982),

Isabel, a conservative southern writer living in Boston, finds her life taking a number of strange turns. After an explosion brings down the wall of her apartment she is forced to share her living space with her neighbour, an ardent, humourless feminist called Polly Bradshaw. Then, between them, they take in nutty Gloria, who is fixated with all things medieval, including the lute, which she constantly plays, and the death of Edward II.

Things start unravelling further when Polly inherits a house in California, and unilaterally decides they’ll form a self-sufficient feminist commune there. Along the way, they collect Agnes, who is trying to escape her survivalist husband, and Martha, a widow whose estranged husband died after an unfortunate incident with an inflatable rubber doll.

Crazy Eights, Seanchai Library’s full region installation at LEA 9 will be closing at the end of May after a highly successful round of events and storytelling. As I reported back in January, as Crazy Eights opened its doors, there is a lot to see in this immersive, story and literature focused region, so even with live events now drawing to a close, if you have not taken the time to visit, I encourage you to do so before the doors close at midday SLT on Monday, May 30th.

One thought on “Spies, Alchemysts, sisters and daughters”