Following on the heels of Linden Lab, I recently blogged about Avant Garden, a mixed reality performance which took place at the Little Boxes Theatre in San Francisco on Wednesday August 20th.

The performance featured Kathleen Moore dancing on the stage at the theatre, with DanCoyote Antonelli (DC Spensley in the physical world) and the ZeroG SkyDancers performing via a large screen on the stage from Second Life.

At the time the performance was announced, it was indicated that there might be the opportunity for in-world performances, and on Tuesday August 26th, the Lab blogged that DanCoyote has indeed arranged two such special performances. These will take place as indicated on the poster, below, and those wishing to attend either one are asked to contact DanCoyote directly and request an invitation (hence no SLurl in the poster). 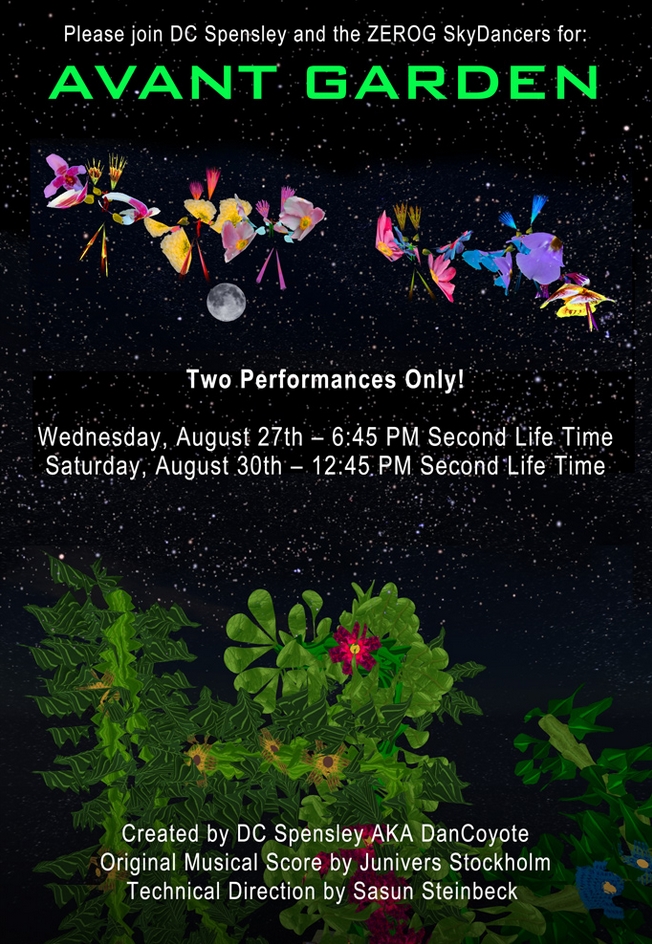