Miro Collas is a good friend who is always on the look-out for places to point me towards, and a little while back he tweeted me about Fairyland, a region which appears to have been developed as a small Polish community, and which offers a rural setting for visitors to enjoy. Miro’s recommendations are never duff, so I headed over to take a look, and must say what I found was quite delightful.

A homestead region, Fairyland is described in the About Land floater as, “the only such place in Second Life where the animals are talking with each other more often than men”, and that as a result, there has been conversation there since 2007! There’s no set arrival point, so I pitched-up on a dirt track, one of several running through the region. 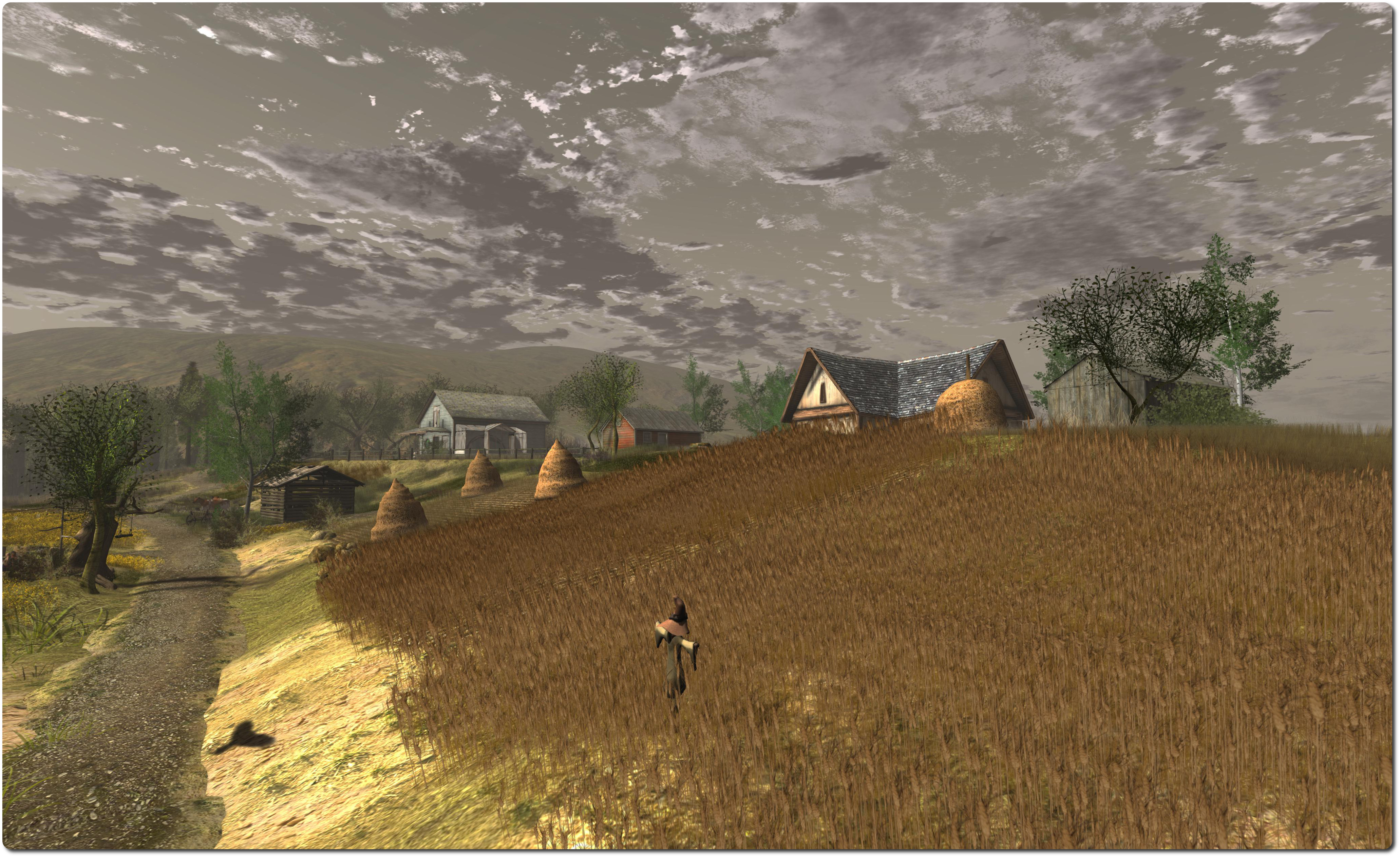 This is a very pastoral setting. Crops are growing in the fields, almost ready for harvest, cattle gaze peacefully, chickens strut, cockerels call and birds ride a late summer breeze. The land, surrounded by tall, grass flanked hills, appears to sit between a lake and the open sea, a river winding through it, connecting the two and with a series of wooden quays towards what I assume is the seaward end of its meandering, where a fishing boat with nets furled lays tied-up alongside, awaiting its next trip down river to open waters.

Where you go on arriving is entirely up to you; the main track runs beside sloping fields, and several house sit atop the slopes, paths leading up to them. Do keep in mind these may in fact be private residences, and take care around them. One the other side of the track, across the river, lay steeper slopes, a small vineyard occupying one of them, the others overlooking more crops. A country church and a small cemetery occupy the hilltops here, reached via a wooden bridge and a rough path which loops past a beautiful stone water-mill to  set of stone steps winding up the side of the hill. 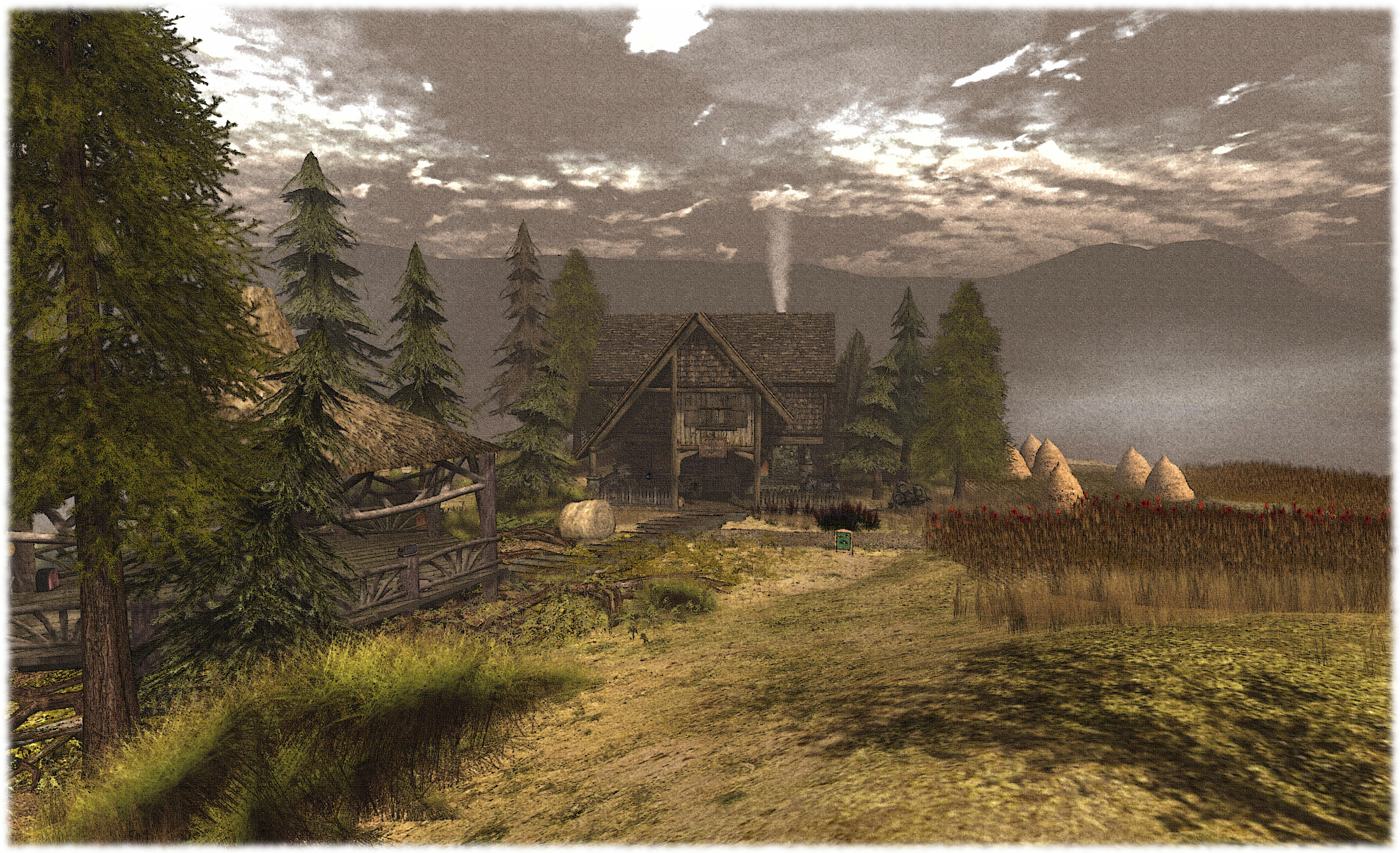 Follow the track at the foot of the hill, passing below the church, and you’ll find your way to the wooden quays and a large warehouse.   If you get a tad thirsty in your wanderings, there is also a tavern where you can quench your thirst and catch a game of Greedy Greedy with friends, if you’re so minded.

Despite the claim that the animals talk more than men, there a is a small meeting place towards the middle of the region, where people gather and chat, including the region owner, Gocha Merlin.  I also understand that the region hosts various events as well, which I assume take place at the covered dance floor near the tavern; so it may get a little busy at times.

For my part, I found the region charming and inviting me to play with windlights while snapping, although (assuming I could paint), getting out an easel and oils also felt appropriate. Why not go see for yourself?

One thought on “A Polish perambulation”