Caledonia Skytower and Corwyn Allen return to read another installment in Sir Arthur Conan Doyle’s volume of stories The Return of Sherlock Holmes. 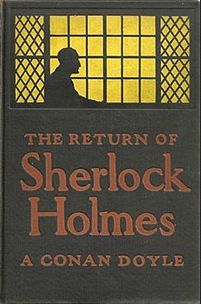 The Adventure of the Solitary Cyclist sees Holmes and Watson embroiled in a conundrum of a case when they are visited by Miss Violet Smith, who has travelled up to London from Surrey to seek their advice.

Having been left with very little money following the death of her father, Violet Smith and her mother are rather surprised to learn that they are being sought-out by two men recently returned from South Africa, a Mr. Carruthers and Mr. Woodley. They are an odd couple, about as alike as chalk and cheese: Carruthers seemingly a gentleman, and Woodley little more than an oaf and a bully. They claim to have known Violet’s Uncle Ralph whilst in South Africa, and report the sad news of his destitute death – and that he asked them to seek out his relatives in England and ensure their well-being.

Violet finds this strange, given that her Uncle Ralph has gone unheard from  for 25 years. Her concerns deepen as Carruthers offers her £100 a year – twice the going rate – to be his daughter’s live-in music teacher, allowing her to see her mother on weekends.

Despite her misgivings, Violet accepts the post, and while Carruthers is ever the gentleman in her presence, Woodley is most certainly not. While visiting the Carruthers’ household, he makes unwelcome and lewd advances on her, resulting in a breakdown of his odd friendship with Carruthers. Not long after this incident, a third man seems to enter the equation, as Violet finds herself followed by a mysterious bearded individual on a bicycle as she cycles to and from the railway station for her weekend visits to her mother…

First published in 1952, Charlotte’s Web weaves a story of friendship, hardships, joy and tears. When her farmer father is about to slaughter the runt of a litter of pigs, Fern Arable intercedes and saves the tiny pig, calling it Wilbur. A bond forms between child a pig, but when Wilbur becomes too big to remain with his mother and is shipped off to the farm owned by Fern’s uncle, he is left shunned by the other animals and – with Christmas approaching – once again facing slaughter.

Then he is befriended by Charlotte A. Cavatica, a spider living in the rafters of the barn where Wilbur is kept. Charlotte hatches a plan in order to save him from death, and Wilbur finds himself the centre of new and strange attention…

Join Caledonia at Magicland Park for this final installment.

Caledonia Skytower continues her reading of Laurie R. King’s 1994 novel for young adults The Beekeeper’s Apprentice, the first in a series of books featuring teenager Mary Russell, and none other than Sherlock Holmes.

The year is 1915 and Sherlock Holmes, now fifty-four, has retired to the Sussex Downs to study honey bees. One April afternoon, he is interrupted by a young girl – fifteen-year-old Mary Russell – who has recently come to live with her Aunt following the tragic death of her parents in an automobile accident. Impressed by her wit and intellect, Holmes finds himself teaching her his former tradecraft. Thus a new partnership is formed between the very modern young Miss Russell and the very Victorian Great Detective. 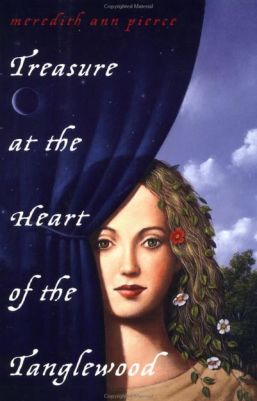 Escaping the wizard’s manipulative grasp, Hannah sets out to find a cure for the knight, an adventure in which she discovers her own identity and the repercussions of some of her actions while under the control of the wizard.

With Kayden Oconnell and Caledonia Skytower. 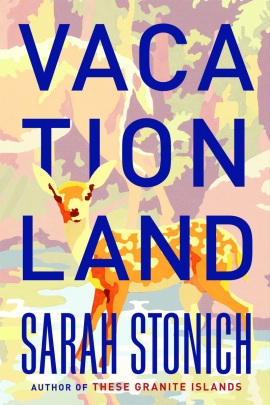 On a lake in northernmost Minnesota, you might find Naledi Lodge—only two cabins still standing, its pathways now trodden mostly by memories. And there you might meet Meg, or the ghost of the girl she was, growing up under her grandfather’s care in a world apart and a lifetime ago. Now an artist, Meg paints images “reflected across the mirrors of memory and water,” much as the linked stories of “Vacationland” cast shimmering spells across distance and time.

Sarah Stonich, whose work has been described as “unexpected and moving” by the Chicago Tribune and “a well-paced feast” by the Los Angeles Times, weaves these tales of love and loss, heartbreak and redemption into a rich novel of interconnected and disjointed lives. “Vacationland” is a moving portrait of a place—at once timeless and of the moment, composed of conflicting dreams and shared experience—and of the woman bound to it by legacy and sometimes longing, but not necessarily by choice. 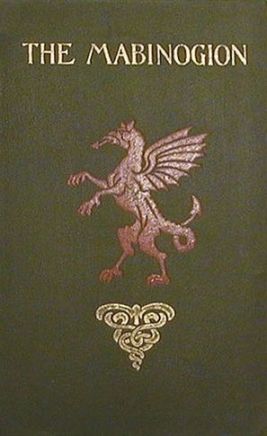 “The Mabinogion was a collection of eleven (twelve) tales from the Welsh myths. The tales of the Mabinogion were preserved in two manuscripts, White Book of Rhydderch (c. 1325) and the Red Book of Hergest (c. 1400). Though the Rydderch manuscript was the earlier of the two, the tales of Lludd, Culhwch and Owein survived only in fragments, while the Dream of Rhonabwy was completely lost. Only the Hergest manuscript contained all eleven tales.

“The tales from the Mabinogion can be divided into three categories. The first four tales belonged to the Four Branches of the Mabinogi (“Pedair Cainc y Mabinogi”). The next four (or five, if including Taliesin) were the Independent tales, two tales of which Arthur appeared in the scene. While the last three tales falls into a category known as the Welsh romances, similar to those of the French romances written by Chretien de Troyes.”

Join Shandon Loring as he continues Peredur, Son of Efrog.

Please check with the Seanchai Library SL’s blog for updates and for additions or changes to the week’s schedule. The featured charity for July and August is Little Kids Rock. Have questions? IM or notecard Caledonia Skytower.