In something of a surprise move, Phoenix have released version 1102 of the Viewer. While an update was anticipated following the Ogg Vorbis Library files issue, the extent of this update took many by surprise, including as it does the Viewer 2 Avatar Physics code.

However, this isn’t a fad release: there have been reports that Viewers not using the LL Avatar Physics code are failing to render avatars that are using the Physics Layer correct (remember, Avatar Physics is a worn layer, like clothing, Alpha and Tattoo layers). So this inclusion of the code is as much about fixing this issue within Phoenix as it is about giving people bouncy bits.

To further encourage people to upgrade to 1102, the Phoenix team are including a set of pre-defined Physics Layers, each created by a different member of the team, which are ready-to-wear for both male and female avatars (yes, men can have wobbly bits as well!). For that want to make their own, there is an easy-to-follow tutorial from Phoenix.

Other fixes with the release include:

Performance on this release (for me) appears somewhat better than 1050, and on a par with 977 Beta (which I had to roll back to following the 1050 release). However, given the Ogg and Avatar Physics “fixes” this is really a necessary upgrade than an optional one.

I don’t tend to write about personal stuff, but today is an exception. In my life, my Dad has been responsible for many things – most of them for the good (other than when the need to tell me off came up!). I’ve shared a lot with him over the years, but three things in particular draw us together with a shared passion: Formula 1 racing, flying, and all things related to astronomy and space exploration.

It’s the latter that prompts this blog post, as Dad has always followed the space shuttle missions. He has the official NASA videos (now all on DVD, although I can remember when he had them on VHS!) of all the major missions – the docking missions with the Russian space station Mir, the Hubble Space Telescope launch, the first “satellite rescues”; the triumphs and tragedies.

If I’m honest, I never paid much attention to these things as a child – space was a “boy” thing. That changed in 1992 when Dad dragged us to Florida to see the maiden flight of the space shuttle Endeavour. He’d seen other launches, but this was the first family trip to see one. If I’m honest, I was more interested in spending two weeks in Florida and doing everything else we’d planned (Disney, Universal Studios, driving, shopping…). As it turned out, the shuttle launch was the highlight of the trip.

Through contacts, Dad had got us a pass into the space centre on the day of the launch, and we had instructions to drive down to the Air Force base south of the space centre, where we were met (along with about 100 other cars!) by a security escort and were led up through the launch facilities to a vantage point about 4 miles from the launch pad, which was visible on the horizon, across a wide river.

We were there for hours with little to do. I remember Mum being very tolerant while Dad was like a small boy at Xmas, faced with lots of new toys. He had a 35mm camera with a huge zoom lens, another with a wide-angle lens, he charged Mum with a third and me with the video camera, and was constantly fussing and checking and re-checking them, putting batteries back on the little portable chargers, swapping the chargers in and out of the cigarette lighter socket in the car, and so on.

I remember being bored and cold a lot of the time. It was May, and the weather had been overcast, and the wind really cut across the flat land. When they mentioned a delay, and possible weather issues, I was actually ready to pack up and go back to the house we’d rented. 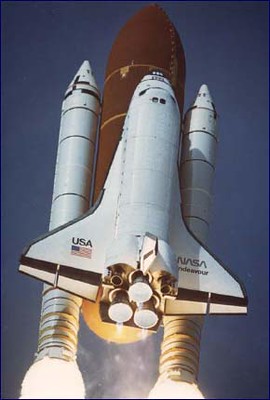 That changed when the countdown resumed. I really cannot describe the excitement that went through the crowd when it was announced the launch would go ahead. I do remember that distant blur on the horizon becoming the focus of everyone’s attention and the excitement running up and down the shoreline like something palpable. I also remember fighting Dad for use of his binoculars and looking at the shuttle “up close” and thinking how beautiful it looked. I think that was the point Dad’s “shuttle bug” (as Mum called it) bit me.

The launch itself was thrilling; the countdown over the speakers lining the public area reached 10, I was holding the video camera, the REC light bright in the viewfinder pressed to my eye, and seconds later I saw the faint glow of the main engines as they ignited just before the booster rockets ignited  – and the shuttle vanished in a huge, billowing cloud of smoke – then burst from it, climbing so fast I remember hurriedly zooming out and tipping the camera  – losing the shuttle in the process, but getting it in frame quickly, trying to holding the camera steady.

All around, people were whooping and cheering, the shuttle was climbing into a bronze sky and – it was absolutely silent. There wasn’t a sound from it until a crackling boom! rolled across the water, followed by the sound of about a million firecrackers going off. This was the oddest thing of all – you expect the shuttle to make a long, loud roar, but it’s nothing like that – not over a distance of 4 miles, anyway.

As the speakers gave the call, “Endeavour, go at throttle up,” I honestly remember everyone going quiet. This was the point where the Challenger had exploded. Then, with the shuttle just points of light in my viewfinder, I saw the solid rockets detach; two glowing pinpoints of light – and everyone around me started cheering and jumping, people were hugging one another; I panned the camera down as the shuttle vanished behind cloud, following this long, crooked  trail of smoke back to the empty launch pad, and then stopped filming. Dad was hugging Mum wildly, and he grabbed me, and was shouting things like “Magnificent!” and “Wonderful!” – and was wiping tears from his eyes.

Since then, the Endeavour has remained his “favourite” shuttle; he has every DVD NASA has released of her missions. And today marks the start of her final flight, 19 years to the day that she completed that maiden mission in 1992, when she landed in California.

It would have been wonderful to be in Florida to witness her final launch, but it was not to be. Instead, with her final flight – and with then entire shuttle era, something that has run the greater part of my life amazingly enough, coming to a close,  it’s time to recall some facts about this, the “baby” of the shuttle fleet.

There is still one more mission to come, STS-135 with the Atlantis, but for me, personally, this is the mission that holds the greatest resonance as the shuttle era comes to an end.

Godspeed to Endeavour and her crew. 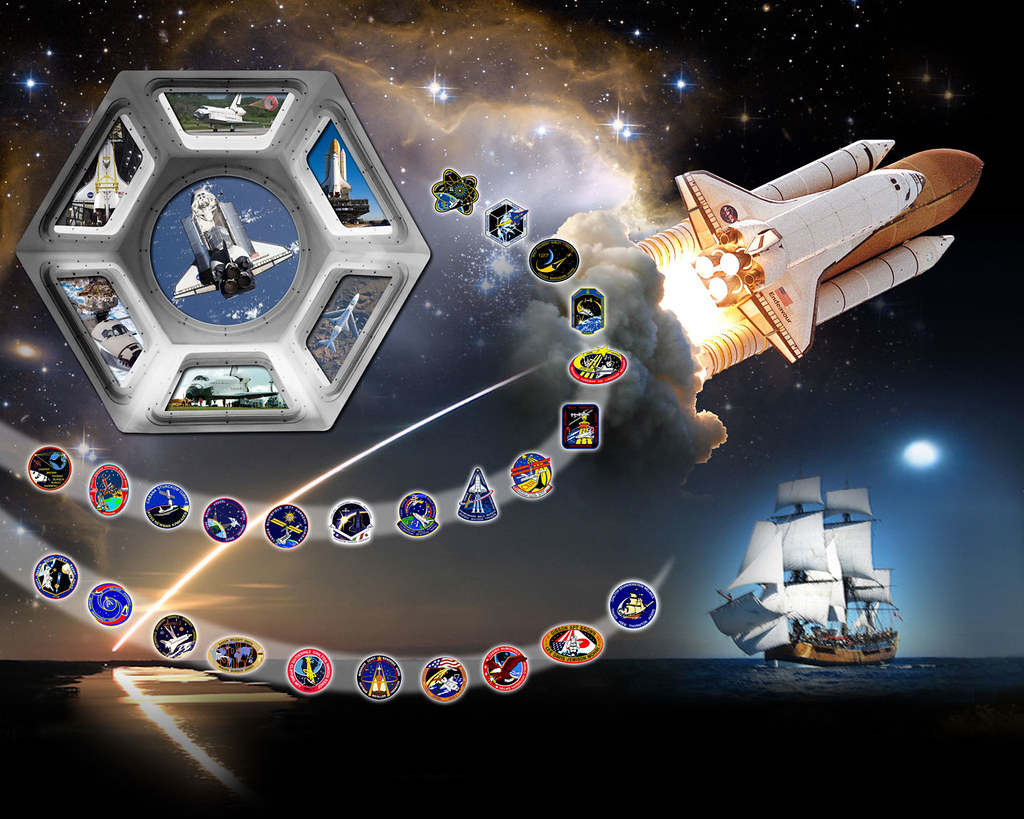