When we first visited Walsh County, the Homestead region designed by Randonee Noel, back in August, it had not long opened. Following that visit, it got stuck in my list of places to write about, and so prompted a recent re-visit.

The region takes as its inspiration Walsh County, North Dakota,  a place that describes itself as “a land of prairies, croplands, river valleys, and rolling hills.” The primary source of income for the county comes from farming, predominantly small grain, cash crops, forage crops, together with beef, dairy cattle and swine. It’s the first of these – grain crops – is the focus for the region design.

Cupped within a region surround that folds itself into the the setting to give a look and feel of gently rolling prairies with distant hills, the region is given over to a broad field that takes up most of its area, bordered by a the dirt track of a public road along its southern edge, and cut by a farm track to the north. Within this expanse is a small pool of water and a single tree, what might be a mid-field picnic area extending a short distance outward from the tree’s leafy shade.

When we first visited in August, the region was in an early summer setting: a young crop covered the land in a green carpet, whilst a crop duster making periodic passes across the field, painting it in stripes of pesticide – or perhaps in fertilizer, if the aircraft was engaged in aerial topdressing.

Seeing the ‘plane repeatedly passing over the field immediately put me in mind of Cary Grant being buzzed by a crop duster in Hitchcock’s classic North by Northwest, and suggested plenty of opportunities for photographs playing homage to the movie. So much so, that I was surprised not to come across any in the region’s Flickr stream, which made me a little regretful of not producing such a photo myself 😀 .

That said, it is really small details – coupled with the open rezzing (with a 30-min auto-return limit) that meant people could make their own scenes within region – that made, and continue to make, the region so attractive. These range from the poses on things like the boards that cross the stream bordering the field, to the paper boats that periodically pass under it to float by the ducks paddling downstream, to the paper aeroplane that can be thrown into the air with a simple touch (“/3 stop” – minus the quotes – will settle it back on the ground), and more.

Since that first visit, time has moved on; the crops have grown and and the harvest is due. And this has brought with it another touch with the region: the fact that it can change not only with the season, but also periodically. The harvester (complete with its own poses), for example, might on one day be engaged in cutting the crop, on another it may be off-loading its grain tank into a tractor-towed trailer, then on another – as with my most recent visit – sitting on the farm track waiting to commence work.

Other details have been added for the time of year as well – geese fly overhead, presumably getting an early start to a southern migration, whilst the little picnic area offers a touch of Halloween with a pumpkin patch. In another touch – which may have been there from the opening, and I simply don’t recall from our initial visit – a small family grave plot marks the fact that most of Walsh County’s farms are family-run.

Engaging from the start, Walsh County presents – as numerous bloggers have already noted – an attractive offering for photographers and explorers to visit.

With thanks to Shawn Shakespeare for the original pointer to the region. 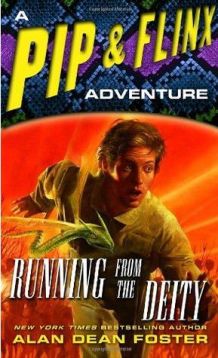 Continuing his pursuit of an alien weapon’s platform, the Krang, Flinx finds himself heading into the Blight. However, his ship, Teacher, announces it is in need of repairs and that while its autonomic systems can handle them, it will nevertheless need raw materials from a planet. Flinx therefore opts to land on the nearest world – the planet the “Arrawd”, place roughly equivalent in technology to Earth in 19th century – and therefore normally forbidden as a destination within the Humanx Commonwealth.

The planet has a lower gravity than more Humanx worlds, something that benefits Flinx physically – but things go awry when he injures himself and is forced into the care of a local couple, who find his abilities and technology  – if the expression might be used – out of their world.

Despite his protestations, Flinx finds himself increasingly the centre of attention and the idea that he is some kind of deity – and while he finds himself drawn to the less complicated life on Arrawd and the fact it separates him from all the cares and worries he faces in the Commonwealth, he realises he must leave.

Unfortunately, by the time he arrives it this conclusion, three of the governments on the planet have decided to wage war in order to “earn” his blessings and claim him as their deity. And so, reluctantly, he has no other option but to both get involved in matters whilst simultaneously trying to escape the world view that he is some kind of god.

Winter isn’t coming – it’s refusing to go away, but no-one understands why.

Not only that, but Odd has run away from home, despite the fact he can barely walk and has to use a crutch. Nevertheless, he finds his way to the forest, where he encounters three animals: a bear, a fox, and an eagle, and they have a strange story to tell. Listening to them, Odd realises he must now embark on a strange journey, one he can barely imagine.

For he must now set out and save nothing less that Asgard, City of the Norse Gods. For it has been invaded by the Frost Giants, and while they hold it, winter will not pass away.

It’s going to take a very special kind of boy to defeat the most dangerous of all the Frost Giants and free the mighty Gods. A boy who is resolute, cheerful and infuriating and clever…

Wednesday, October 14th, 19:00: The Halloween Tree at the Haunted Hollow

On All Hallows Eve, young Pipkin is due to meet his eight friends outside a haunted house on the edge of town. But as runs through the gathering gloom, Something sweep him away.

Arriving at the house in expectation of meeting Pipkin, his eight friends instead encounter the mystical Carapace Clavicle Moundshroud, who informs them that Pipkin has been taken on a journey that could determine if he lives or dies.

Aided by Moundshroud and using the tail of a kite, the eight friends pursue Pipkin through time and space, passing through the past civilisations of the Egypt, Greece, Roman, the Celts … witnessing all that has given rise to the day they know as “Halloween”, and the role things like ghosts and the dead play in it.

Then, at length they come to the Halloween Tree, laden with jack-o’-lanterns, its branches representing the confluence of all these traditions, legends and tales, drawing them together into itself… 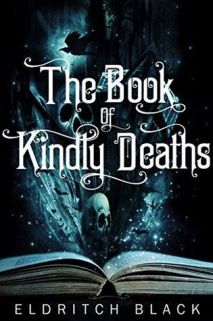 Seeking clues to her grandfather’s disappearance, Eliza Winter finds a hidden room in his Gothic house and finds a hidden room. Within it, only moonlight falls through the stained glass of the window, no matter what the time of day, to illuminate a tome that awaits a reader – The Book of Kindly Deaths.

Believing the book might hold a clue to her grandfather’s whereabouts, Eliza opens it to find it filled with tales dark and sinister – and through its pages, discovers that nothing in the world is quite what it seems and the darkness of tales can be terrifyingly real.

Before long, Eliza finds herself forced into battle against her darkest fears to save her family from the book’s guardian, the horrifying ghoul Grim Shivers. And as the pages turn, she finds herself tumbling into the heart of the Grimwytch, a haunted world of terrifying monsters where it’s forever midnight.

Offering a rich mix of dark fantasy, original storytelling, sprinkled with a touch of Lovecraft and a soup·​çon of Gaiman, and finished with an author’s name superbly suited to the weaving of dark tales, The Book of Kindly Deaths is a tale that has never failed to please lovers of mystery tinged with dark happenings.

Saturday, October 17th, 13:00 The Baba Yaga at the Haunted Hollow

Caledonia shares adventures from Folk lore, and some more modern version, of the famed Russian Witch, at Haunted Hollow.  There will be a teleport from the main landing point of this month-long Halloween event.