On Monday, September 17th, SpaceX CEO, Elon Musk, provided an update on the company’s massive Big Falcon Rocket (BFR) and Big Falcon Ship (BFS –  previously referred to simply as “the ship” or “the spaceship”), and revealed the first fare-paying passenger who will fly around the Moon aboard a BFS some time in the 2020s.

BFR has been in development since 2012/13. Designed to be fully reusable, it was initially referred to as the Mars Colonial Transport (MCT) – reflecting the company’s intention to use it to send humans to Mars. In 2016, SpaceX revealed the first formal design for the vehicle, which had been renamed the Interplanetary Transport System (ITS) to reflect the fact it could fulfil a number of roles. At that time, the vehicle  – comprising a first stage booster and upper stage spaceship – was to be a 12 metre (39 ft) diameter, 122 m (400 ft) tall monster. By 2017, it had been renamed the BFR (for “Big Falcon Rocket”), and redesigned to be 9 m (29.5 ft) in diameter and 106 m (347 ft) tall.

With the 2018 presentation, Musk revealed further design changes to the system, most notably with the upper stage spaceship, the BFS, some of which give it very retro rocket ship look.

In particular, the BFS now sports three large fins at its rear end. All three are intended to be landing legs – the BFS being designed to land vertically – with two of them actuated to move up and down as flight control surfaces during atmospheric decent. These are matched by two forward actuated canards, also designed to provide aerodynamic control during a descent through an atmosphere.

Two less obvious changes are an increase forward payload section and the design of the nose area of the vehicle, which includes a much larger forward “canopy” design than previous iterations, and an update to the BFS’s motors. Originally designed to be powered by 7 of the new SpaceX Raptor engine optimised for vacuum operations, the BFS will now initially be powered by seven of the same Raptor motors that will be used on the vehicle’s first stage (which uses a total of 31), optimised for thrust in an atmosphere.

Elements of the first BFR system have been under construction for the last 12-18 months. These include one of the fuel tanks, and the initial hull rings, and Musk confirmed that the company hope to have the first BFS prototype ready for initial “hopper flights” – lifting itself off the ground under thrust and then landing again – by the end of 2019. SpaceX then plan to run high altitude testing of BFS in 2020, together with initial flights of the core stage as well.

Overall, the goal is to have the first BFR / BFS combination ready for orbital flight tests in 2021, building towards the flight around the Moon, which the company has initially earmarked for 2023.

This is an incredibly ambitious time frame, and SpaceX would appear to have some significant engineering challenges to overcome. For example, by combining the landing legs with control surfaces, how are SpaceX going to ensure the craft can land sufficiently gently on another surface without damaging the mechanisms designed to move the fins, which will be required when the vehicle returns to earth.

While there was always a risk that landing struts (as were originally going to be used with BFS) might suffer damage as a result of a “hard” landing on the Moon or Mars, integrating landing systems into surfaces vital to the vehicle’s (and a crew’s)  safe return to Earth as planned by SpaceX, would appear to add further complexity to the vehicle – or call for contingencies to be able to transfer a returning crew to another vehicle on their return to Earth orbit should one of systems use to actuate the fins suffer damage when landing on the Moon or Mars.

Another of the questions from where is BFR is likely to be launched. When initially revealed with a 12-metre diameter, it required a purpose-built launch facility. But with the core now reduced to a 9 metre diameter, BFR could in theory be launched from the SpaceX facilities at Launch Complex 39A, Kennedy Space Centre (KSC), Florida.

In discussing plans, Musk revealed a final decision on BFR launch facilities has yet to be made, and hinted it might even initially fly from a floating platform. This was an idea first put forward in one of the company’s promotional videos for the system, suggesting it could fly up to 100 people between New York City harbour and Shanghai harbour in 40 minutes.

END_OF_DOCUMENT_TOKEN_TO_BE_REPLACED 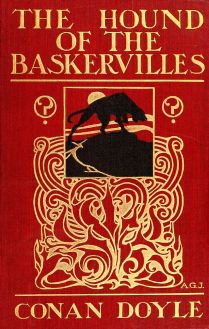 The third full-length novel written about Sherlock Holmes, The Hound of the Baskervilles is likely to be the one Holmesian story which – at least in outline – known to most, whether or not they have actually read any of Holmes’ adventures.

But how many of us know the story as it was originally written? Over the decades it has been adapted for film and television more than 20 times, starting as early as 1914/15 with the 4-part series, Der Hund von Baskerville, and continuing on through to Paul McGuigan’s The Hounds of Baskerville, featured in the BBC’s brilliant Sherlock series.

All of these adaptations have offered their own take on the tale. Some – such as McGuigan’s, have simply taken the title of the story and used it to weave a unique tale of their own; others have stayed true to the basics of the story whilst also adding their own twists and turns quite outside of Conan Doyle’s plot in order to keep their offering fresh and exciting to an audience.

So why not join Cale, David, Corwyn and Kayden as they read from the 1902 original, and discover just how Sir Arthur Conan Doyle unfolded this apparently supernatural tale of giant hounds and murder, and the pivotal role played by John Watson himself? 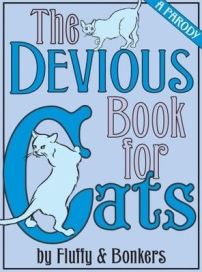 Felines ruled Egypt for a millennia – but since then, it’s all been a bit downhill: a simple round of eat, sleep, eat, poop, sleep … However, Fluffy and Bonkers think it is high time their brother and sisters and cousins in every home across the world once again ascend to their rightful place of power.

This book is packed from cover to cover with words of wisdom for the cat who desires to live life (or all nine lives) to the fullest, and ensure they enjoy their lives on their terms. Found within these pages are such pearls of wisdom for cats as ensuring  human staff are up and about in time to get you breakfast at the time you want; how to keep them in their place with the purr-fect stare and by taking advantage of their superstitions.

Also to be found are guides to the full and proper use of cardboard boxes, the richness of catnip, how to achieve proper grooming in the mere 24 hours each day provides, and more. The use of the window as a tool to keep an eye on both staff and domain is explained, as is how to overcome the terror of the vacuum cleaner. The authors even provide a short history of the Felinism movement…

Join Caledonia Skytower as she delves into this parody of self-help books.

In the year 2179, police lieutenant Jasper Stone finds himself called upon to solve the high-profile murder of Elizabeth West. The case appears to revolve around a valuable house – and the leading suspect is West’s disabled son.

But then the son is murdered – and the evidence points towards West’s grand-daughter, Jewell. Only she appears to have a rock-solid alibi for West’s murder. So is there more than one crime, or will Jewell be the next victim?

In the mid-west United States in the 1950s, 11-year-old, orphaned Lewis Barnavelt arrives at the home of his Uncle Jonathan, who has been appointed his guardian. Overweight, shunned by other children, he finds himself in his uncle’s the ramshackle mansion where the ominous ticking of a clock can be heard coming from within the walls.

Lewis soon discovers his uncle is a witch, as is his eccentric neighbour, Mrs. Zimmerman  – who is obsessed with the colour purple and anything with “Z” on it – are witches. Fortunately, they are witches of the “good” kind, and they are engaged in a literal race against time.

The ticking coming from within the mansion’s walls belongs to a doomsday clock, and if Uncle Jonathan, Mrs. Zimmerman – and now Lewis – must work out where the bewitched clock has been hidden by the warlocks who once owned the house.