The majority of these notes are taken from the Web User Group meeting held on Friday, November 10th, 2017. These meetings are generally held on alternate Fridays, and chaired by Alexa and Grumpity Linden at Alexa’s barn. The focus is the Lab’s web properties, which include the Second Life website (including the blogs, Destination Guide, Maps, Search, the Knowledge base, etc.), Place Pages, Landing Pages (and join flow for sign-ups), the Marketplace, and so on and the Lab’s own website at lindenlab.com.

Not all of these topics will be discussed at every meeting, however, the intention within the group is to gain feedback on the web properties, pain points, etc., and as such is very much led by comments and input from those attending. Along with this are two points of note:

The problem here is how should any removal be policed? Even if a creator has departed SL, it doesn’t mean their goods are no longer being purchased? How should a time limit for force removal of non-selling goods be enforced? One year without a sale? Two? Three? More?

Clean-up is something the Lab has been struggling with and considering different approaches. There may also be possible alternatives to removal – such as more refined weightings on search capabilities, or the ability to see when an item was last updated. At the moment, Alexa and Grumpity are on a feedback mission concerning this issue, so except this subject to droll forward in future meetings.

Listing fees: once suggestion for handling the proliferation of various listing types was for listing fees to be added, potentially tied to a benefit for Premium members. This understandably caused heated debate (particularly given the January 3rd 2018 increase in fees for processing credit transactions) – with creators at the meeting divided on the matter. However, it’s important to note this was just a suggestion; it is not something the Lab is planning on introducing.

Two specific requests were made:

Maps… yeah, we’d like to do that and have several ideas for how, but none of them are easy fixes. Map tile generation is different from displaying them… and none of the ideas for fixing the generation are easy or fast.

A Note on JIRA Acceptance

This routinely comes up at Content Creation meetings and came up at the Web meeting, so is worth repeating.

Following initial triage by Linden Lab (roughly daily for bug reports, usually weekly for feature requests), the status of a JIRA may be updated to “Accepted”. However, this does not mean it will be actioned in the near future.

Depending on the nature of the JIRA, “Accepted” may result in it being prioritised and actioned in the short-term; however it may also mean it has been imported and tracked by the Lab, but held for action pending the clearance of more urgent items / ideas that necessarily need to be actioned ahead of it or it may be tracked until such time as it (or something like it) fits into a tranche of work / updates the Lab is planning to implement.

The SL viewer is not specifically discussed at the Web User Group, however, in keeping with my summary of recent viewer updates which generally forms a part of my SL project updates, here’s an end-of-week summary of changes.

Currently open through until the end of 2017, is A Night to Remember, created and curated by Emery Milneaux. Taking its name from the 1958 British film about the last night of RMS Titanic’s ill-fated 1912 maiden voyage across the Atlantic, it presents an interactive commemoration of that tragedy, one which originally appeared in Second Life as one of three immersive exhibitions presented at the opening of the Vordun Museum and Gallery in July 2016 (see here for more), and which has now been expanded somewhat.

The current exhibition is presented in a purpose-built museum space, complete with front entrance (the landing point) and ticket hall / lobby area sitting before the main exhibition space. This gives one the feeling of visiting an actual museum exhibition and adds depth to the installation. On passing over the threshold of the exhibition proper, on the far side of this foyer area, visitors will receive instructions on how to proceed through the halls via text chat, together with a boarding pass, which should be worn (default location: lower right of your screen). This bears the name of an actual passenger aboard the Titanic, with the promise that the fate of the passenger will be revealed further into the exhibition.

The story of Titanic’s maiden – and last – voyage is told through a richly mixed medium of interactive elements (click a photo to focus your camera on it, for example; click the information plaque beside it to receive further information in chat), together with principal figures from the liner’s story: Commodore Edward John Smith, the Titanic’s Captain, socialite Madeleine Talmage Astor, first class passenger and survivor, Frederick Fleet, one of the vessel’s lookouts on the fateful night, and a young newspaper boy in London, Ned Parfett. Bump into any of these characters, and they will give a short “first hand” narrative.

The first hall, featuring the presence of Commodore Smith examines the ship’s design, construction, layout and launch, and offers reproductions of items related to the liner. Beyond this, visitors pass along a recreation of the ship’s first class promenade deck to reach a model of the ship’s famous Grand Staircase which linked the Boat Deck and E Deck, together with reproductions of a first class and a third class cabin – starkly outlining the massive class divide of Edwardian society.

However, it is the display prior to reaching the Grand Staircase and the cabins, together with the last hall within the exhibition which are the most poignant. The first of these is one of the expansions to the original exhibition, and commemorates the music of the Titanic and the eight members of the ship’s band. Wallace Hartley, John Law Hume, John Wesley Woodward, John Frederick Preston Clarke, and Percy Cornelius Taylor spend the voyage playing as a quintet, while Georges Alexandre Krins, Roger Marie Bricoux and William Theodore Ronald Brailey played separately as a trio up until the night of the disaster.

After the call had been given to abandon ship, all eight men – none of them White Star Lines employees, but contracted from the Liverpool firm of C.W. & F.N. Black, and so classified as passengers – famously played together in order to calm passengers after the call to abandon ship had been given, and remained aboard to perish in the freezing waters of the Atlantic. Within A Night to Remember, the pictures of all eight men are displayed, together with information on their musical repertoire – complete with a HUD-based sample of the music they played. Also included is a remarkable commemoration of their passing: a reproduction of Wallace Hartley’s violin – the original of which survives to this day, having been recovered from the Atlantic together with Mr. Hartley’s body, a few days after the sinking.

The final hall of the exhibition, laying beyond Frederick Fleet’s recounting of his time as a look-out and displays concerning the ice conditions prevalent at the time Titanic went down and photos from the site of the wreck, contains three large plaques listing the names of every passenger and crew member who sailed with the ship. These are split between the three passenger classes, and sub-divided between those who perished and those who were saved. Through them, visitors can discover the fate of the passenger named on their boarding pass, adding something of a personal dimension to the exhibition.

When we first saw A Night to Remember in 2016, we found it to be a considered, well-presented commemoration of the tragedy, and on the technical level, an extremely well-presented installation.  Neither of these views has changed, although the section dealing with the eight musicians could perhaps be a little better served with some biographical data about them (or even a link to their pages at Encyclopaedia Titanica. This is still very much a poignant, informative installation, and the opportunity to re-visit it has been most welcome. Anyone interested in the Titanic’s loss or modern maritime history should be sure to pay it a visit before the end of the year. 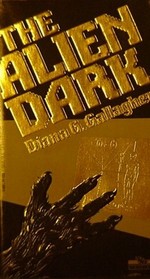 Pun-laden, with titles such as Another Fine Myth, Myth Conceptions, Myth Directions, Hit or Myth, Mything Persons, and so on, and illustrated by Frank Kelly Freas, and Phil Foglio, this series follows a “demon” magician who has lost his powers and his inexperienced human apprentice as they travel through a variety of worlds in pursuit of finding their place in life under the guise of seeking wealth and glory.

Humble, orphaned Pip is apprenticed to the dirty work of the forge but dares to dream of becoming a gentleman — and one day, under sudden and enigmatic circumstances, he finds himself in possession of “great expectations.”

In this gripping tale of crime and guilt, revenge and reward, the compelling characters include Magwitch, the fearful and fearsome convict; Estella, whose beauty is excelled only by her haughtiness; and the embittered Miss Havisham, an eccentric jilted bride.

Join Shadon Loring as he reads this classic tale in the run-up to the opening of Seanchai Library’s seasonal Dickens Project events, which launch at the end of November. Also presented in Kitely (hop://grid.kitely.com:8002/Seanchai/108/609/1528).