It’s time to kick-off another week of storytelling in Voice by the staff and volunteers at the Seanchai Library. As always, all times SLT, and events are held at the Library’s home at Holly Kai Park, unless otherwise indicated.

It’s that time of year when ghosts and ghouls arise, when demons and vampires and more walk abroad; it’s a time for spooky stories and terrifying tales to be told by moonlight or in darkened rooms. And if you’re someone who enjoys spine-tingling yarns, we have just the thing for you at Holly Kai Park – The Great Boo!

Join us on Sunday, October 29th from 12:00 noon SLT, as Seanchai Library presents an afternoon of Halloween stories live in voice, followed by devilish music and dancing.

Then at 2:00pm SLT DJ Joy Canadeo rocks the terrestrial plain, and the “beyond” with great tunes among the spirits.  Grab a ghostly friend and join in the dance!

The event is in support of Feed A Smile, Holly Kai Park’s adopted charity, and will take place at  a suitably spooky setting courtesy of Pandemonium Haunted Holly Kai – can also be reached via any of the teleport mirrors located at the landing points around the park.

Caledonia with Selections from Neil Gaiman’s The Graveyard Book live at the Golden Horseshoe in Magicland Park. 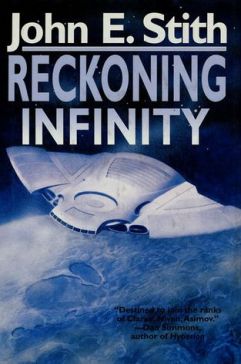 Lieutenant Commander Alis Mary Nussem, her body partially bionic, isn’t to happy about finding herself aboard the same space vessel as the man she deems responsible for the accident which robbed her of a part of her natural body. However, she must put aside her differences with scientist Karl Stanton when a massive object enters the solar system, apparently on course to be swallowed by the Sun – but not before it will collide with a space station in Earth orbit.

Ordered to investigate the object, which is as large as a moon and quickly given the name “Cantaloupe,” Nussem, Stanton and the crew of their ship rendezvous with it, only to find they are not the first: the wreck of another vessel lies on the surface, a hole drilled into the object close by. The only means of entry to the Cantaloupe, Nussem and Stanton lead a team down through it – to make a stunning discovery.

Like Nussem, Cantaloupe is an bio-mechanical entity. It is alive, but it’s interior also have pipes, elevators chambers and more within. But it is also a place of danger – as Nussem and her also companions quickly discover – some to their cost. It’s also a place of unexpected surprises, as the crew’s biggest discovery proves…

Spooky tales with Shandon Loring and Kayden OConnel, including a special presentation of The Fall of the House of Usher.

Tales of celebration and family with Caledonia Skytower. Also presented in Kitely hop://grid.kitely.com:8002/Seanchai/108/609/1528.

The featured charity for October – December 2017 is Habitat for Humanity, with a vision of a world where everyone has a decent place to live – a safe and clean place to call home.

Darkwood Forest, by C3rb3rus offers an atmospheric and interactive environment which offers a touch of elven-like fantasy and a little whimsy.

As the name might suggest, the setting is a forest, perhaps caught in the dimming light of twilight as the light angles down through the branches of huge trees surrounding a body of dark water. Beyond the ring of trees sits a rugged, denuded landscape, almost lunar in its appearance, which offers an otherworldly feeling to the setting.

A wooden board walk runs around the water, winding under the roots of the trees and along the shoreline. Ornate lanterns illuminate this path, with giant mushrooms, the undersides of their cups glowing softly, adding a little more colour to the scene. The lanterns tend to put one in mind of elven lamps, although the boats – one of which gently tracks its way in a never-ending loop around the water – are perhaps more sampan in style and have tyres as fenders, again revealing this is not necessarily a purely fantasy realm.

Similarly, while the huge trees might be mistaken for Mallorn right out of Tolkien, with their platforms and wooden walkways running around and between the great trunks, a closer look reveals the platforms aren’t typical elven structures. Electric-like lights are strung around some, all have corrugated tin roofs, and one is emblazoned with a sign: BAR. So if these are the property of elves, then they are a most unusual bunch.

“You can’t enter the building yet.” C3rb3rus told me. “Eventually they will be, but I have some other things to do first.” Instead, follow the suspended walkway in the other direction from the elevator and you can catch a ride aboard the airship which gently circles through the trees. A simple dirigible with a boat-like gondola slung beneath it, this also has a fantasy feel to it. Boarding it is simply a matter of stepping onto the deck as it comes to a brief halt alongside the platform.

The ride, like that of the elevator, is very smooth and offers an excellent view of the landscape below. There is a brief stop before the airship returns to the tree platform, but getting off there isn’t recommended. As you do look down from the airship, you might spot a track cutting its way through the landscape just beyond the ring of trees. Starting near the spawn point, the path leads – by way of a water crossing – to another little touch of fantasy.

Darkwood Forest is a beautifully defined setting, restful, a little haunting in style – but not in a bad way – and richly atmospheric. The airship, the boat (which can be boarded via SHIFT-click teleport) and elevator are all very smoothly done, and the vertical nature of the setting, with the tree platforms and buildings, make it something of a unique setting.