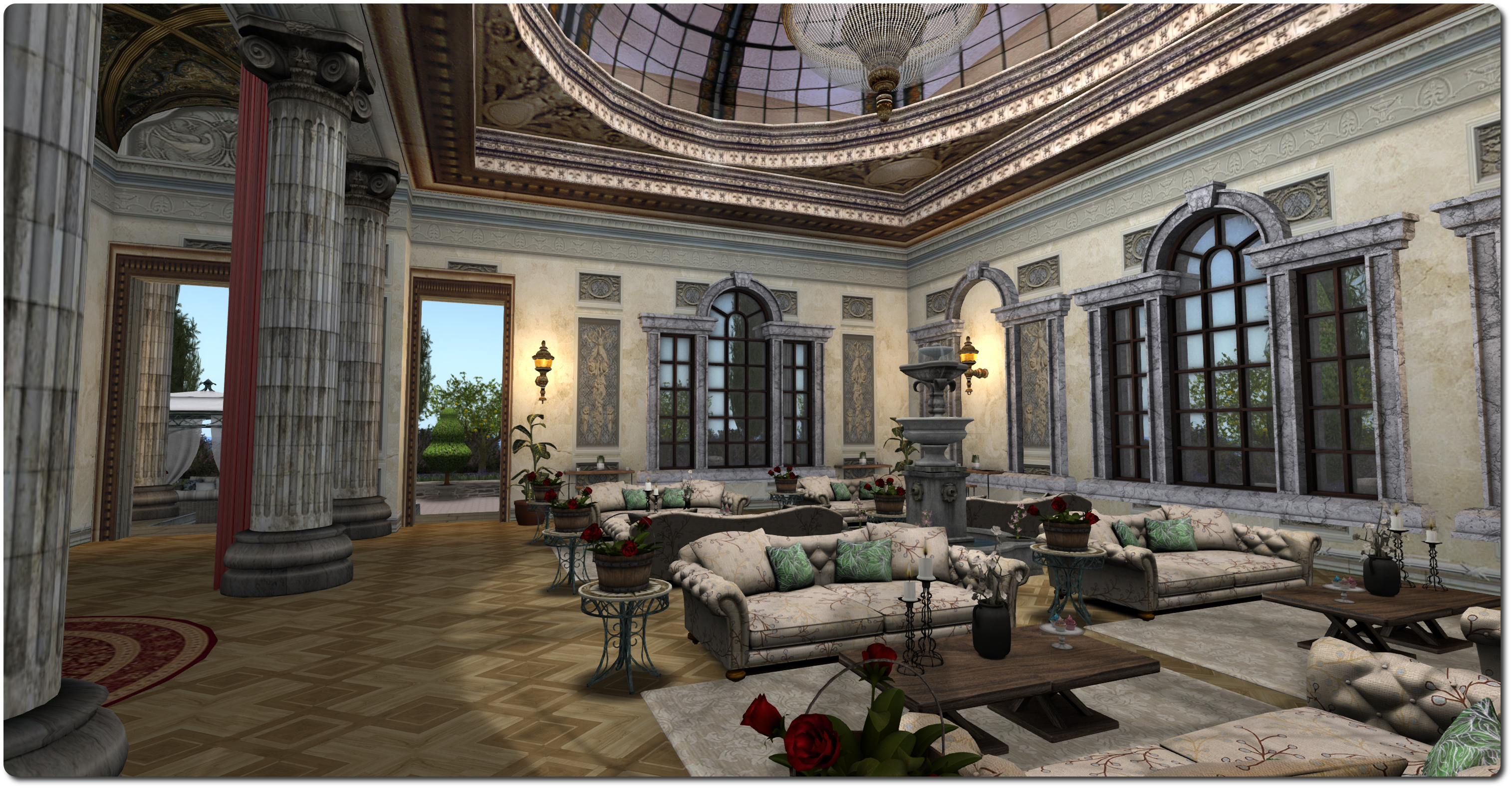 Afternoon tea is a very English tradition, and something I enjoy. I’m fortunate enough to live a pleasant drive away from a country house hotel occupying a former stately home, and which opens its doors during the summer weekends for those wishing to indulge themselves in a very formal (and filling!) afternoon tea.

I mention all of this because browsing the Destination Guide, I came across an entry for Rico’s Tea House, and was immediately put in mind of that hotel, and decided to hop over an investigate. 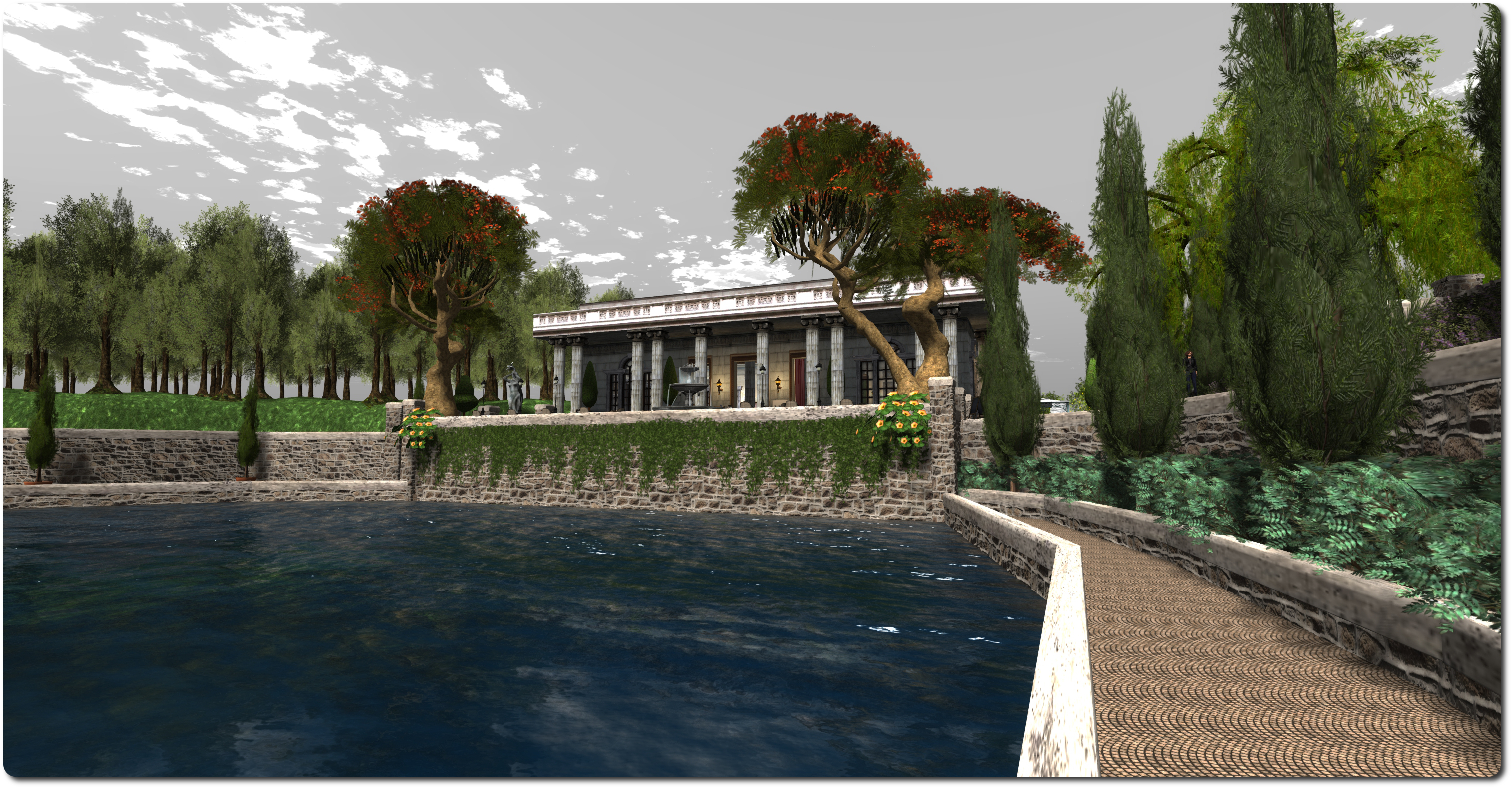 Located on the east side of the Isle of Flux, Rico’s Tea House forms a part of the Clairty-Flux  (of LTD fame) estate, with the private home of Editorial and Rico occupying the neighbouring region. The tea house sits opposite the entrance to a bay which offers mooring for up to four yachts, and which is in turn bordered on one side by woodland and the other by a meadow and a lawned garden with a gazebo and covered walk.

Designed by Kaya Angel, Rico’s Tea House is of a style which fits-in well with the stately look of Editorial’s and Rico’s home, suggesting it is a part of the estate which has been specially converted for its current purpose and opened to the public. Inside, and under the two ornate glass domes of the roof, it is divided into two. On the one side is a luxurious lounge area and on the other, a dining area serving afternoon tea, complete with cake stands sitting on white-clothed tables. 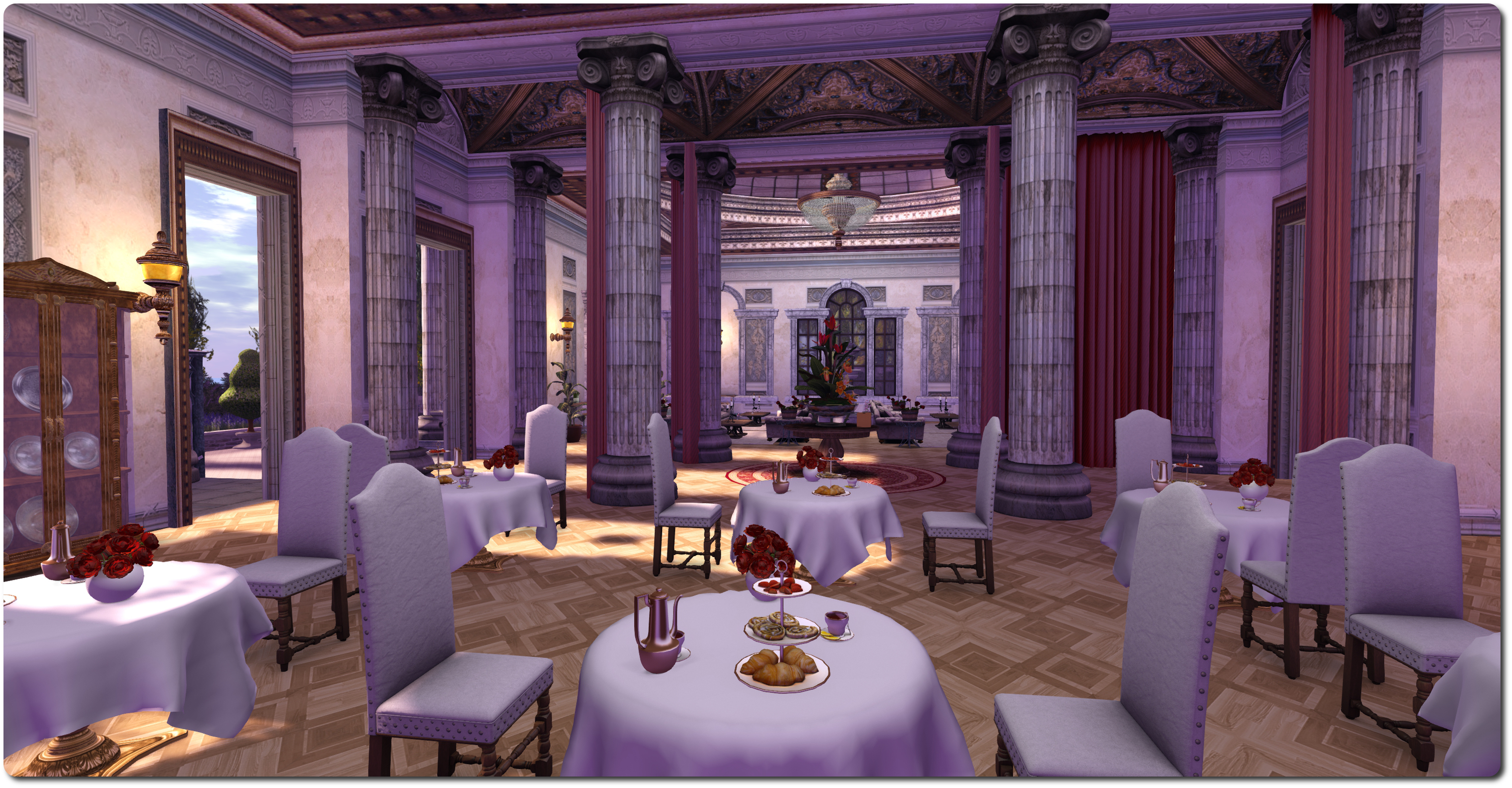 For those who prefer to sit outside, the terrace to the front of the tea house offers elegant rattan chairs and low wooden tables where guests can sit and look out over the bay, while on the terrace to the rear offers two gazebos, each presenting visitors with comfortable and shady seating, both of them surrounded on three sides by fruit-bearing citrus trees which give things a touch of the Mediterranean.

The meadow, rich with flowers and with a fountain at its centre is home for a couple of dairy cows and a horse, but also offers places for couple to sit and cuddle. Those who fancy a walk can do so along the upper path, which leads to a small orchard and the square lawn and its surrounding flowerbeds beyond, or they can descend down to the paths which sit either side of the bay, and wander along these to the entrance of the bay. 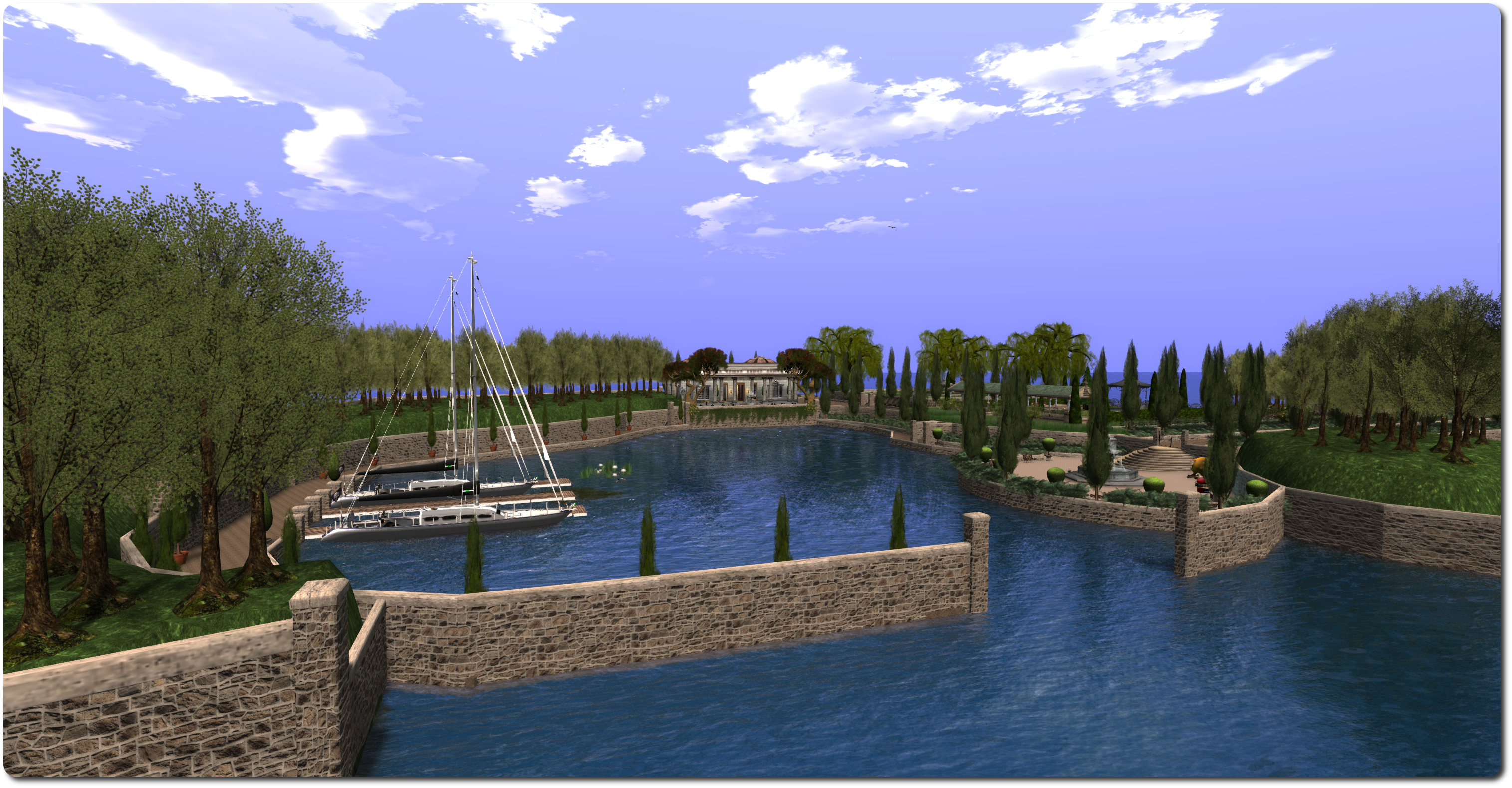 Rico’s Tea House is open to the public, and is billed as a place to meet and make friends. It’s a delight place to visit and offers some great opportunities to the SL photographer. All told, it is a lovely setting to visit.