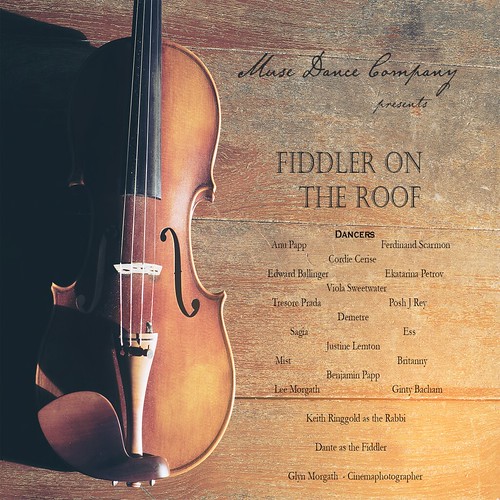 Fiddler on the Roof, a musical

Fiddler on the Roof returns to the Muse Theater! This Tony-winning production, being presented by the | muse | dance company features stunning movements and dance by choreographer Anu Papp. Mark your calendars! You don’t want to this all time favorite show!

That’s the TL;DR, but what does it take to put together a dance production? Who is Anu Papp and why does she create in Second Life? And what influences help form her style? 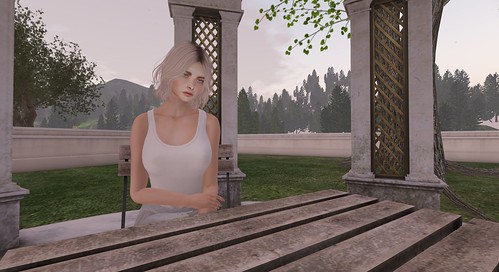 Anu brought me over to her home on Sunday morning. It’s a pastoral setting from the Baroque Era, and the soft-focused hues and tones reminded me of the sets that she builds. Even in her appearance, you can see those muted tones and the minimalist greyscales. “I am not often seen in SL, only on stage,” she says. “ I tend to live at the theater or on a platform.”

Anu is a Sikh artist from Scottsdale, Arizona, who writes, creates music, and has painted in the past. She is also a healer and an instructor in Kundalini yoga. “I have done meditations and taught some of Kundalini in here,” she says. “A lot of this is random when I get in the mood.”

The peaceful and flowing moves in yoga influence the choreography in her productions, helping to keep balance and steady. However, to my surprise… she revealed that she’s not a dancer in Real Life. “I think we all love to dance in SL,” she says. “I just took it further.”

She got her start in Second Life in 2005. “I was the founder of non-profit, In Gaia’s Lap and its division Artists4Mercy and 5013c focused on keeping the arts alive in orphanages globally.  I used the art of technology by running an online radio broadcast to get my message out there.  A friend of mine in the music industry suggested SL as a means by which I could capture a larger audience.  Within days of landing I found myself at Lost Gardens of Apollo, and lo and behold, I heard my radio stream. Dane Zander ended up becomes one of my biggest supporters for the radio, and my stream was the core of his sim for years.”

In time, she brought together the House of Habsburg roleplay community, and from them, the Muse Dance Company performers. It’s a group that’s grown close over the years. “I talk to the majority of them via phone and voice,” she says. “We have shared our lives together forever, cried together, lost loved ones, watched their children grow up. It’s a tight group.”

With this family, she didn’t want to just create another cabaret or variety show, but something that reflected her style, full productions instead of individual disparate acts. And she’s also looking for meaning with those productions: “When I was hosting sacred dance, a friend of mine who left her body last year came to me and told me that she really appreciated my doing the dances because she was wheelchair bound and it made her feel alive. I think that was always in my head moving forward, to put smiles on sad faces and making people feel really good about themselves.”

The first production of the Muse Dance Company was The Nutcracker. Before the availability of SpotOn and other choreography tools, she painstakingly arranged poseballs for the dances. “Needless to say, she says. “I crashed the sim and was horrified for years after that.” 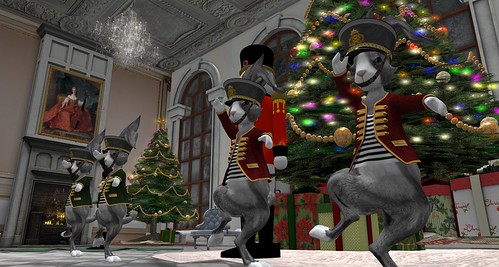 These days, things are a lot smoother with the new tools, as you can see from Muse Dance Company performer and videographer Glyn Morgath’s of Glynda Productions video of her recent revival of The Nutcracker:

The venue in which she stages these productions reflects her minimalistic style, but from a modern approach than the Baroque of her home region. Elevated platforms with comfortable sofas for the audience, muted lighting, darker greyscales with the focus on the wide stage. 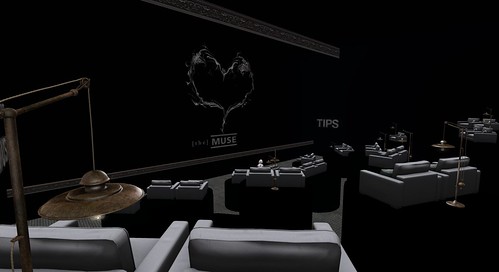 As for what goes on the stage, Anu tends to be the visionary and choreographer for the team, building the sets to her vision and arranging the formations and moves, selecting the costumes. “Everything I do is a process of creation of the mind,” she says. “Depending on where I am in RL, it is extended here in SL…..and it is created. I draw on human form, emotion and life experiences. It is a labor of love, and I want people to feel something.”
However, recently, she collaborated with dance performer choreographer Cordie Cerise for her Mystic India production. Anu’s Muse Theater is on Cordie’s Whymsee region. “We understand one another thoroughly and she is so easy to work with.” 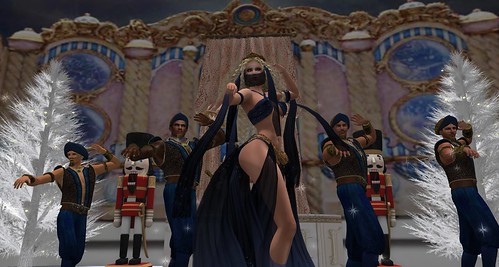 Fiddler on the Roof

Which brings us to her latest production, Fiddler on the Roof, based on the Tony Award Winning Broadway musical. The story, set in the small village of Anatevka in 1905, tells the tale of Tevye, the father of five daughters. He tries to maintain Jewish cultural and religious traditions while the modern outside world changes all, and his daughters are drawn away to increasingly non-traditional marriages. 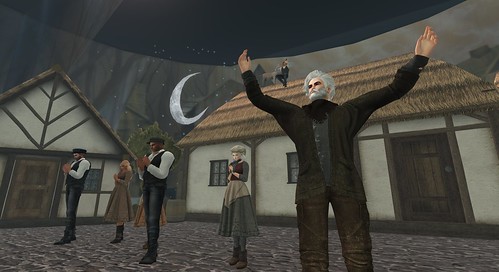 I remember growing up with the 1964 cast recording, with Zero Mostel as Tevye. Who hasn’t sung “Sunrise, Sunset” while flipping between Windlight settings, right? I’m curious why a peaceful and tranquil yoga instructor would select a musical with a jarring Klezmer musical style. For some reason, Sholem Aleichem’s work doesn’t quite line up with someone who lives on a peaceful sim named after the fourth chakra.

“My family came from a small village on the Romanian border, in Hungary, first-generation Hungarian Jew in America” she says.”Therefore, the ballets, I like the storylines the classical music. I am not the easiest puzzle to put together.”

Her SL and RL partner, Ferdinand Scarmon, will appear in the lead role, and the many Muse Dance Company performers as the cast. “The Muse Dance Company members are a great group of people,” she says. “Many have been with me forever.” She’s planning on 19 performers on the stage at once; large casts on the stage are a hallmark of her productions, and I’m always worried someone will crash out and break the line. 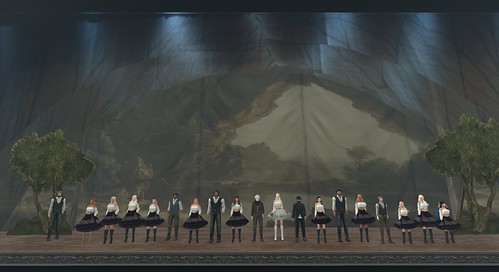 It’s not just keeping the line from crashing out, mind you. I talked with Violet Sweetwater, one of the many wonderful people in the Muse Dance Company, and about the complexity and difficulty in scheduling and coordinating, she said “Anu has to arrange dates and times for her dancers at least four times over for a show. We’re SLT plus 8 hours, there’s a dancer from New York, I think, and two from Ohio. So, to get us all sorted, it’s an achievement in itself.” 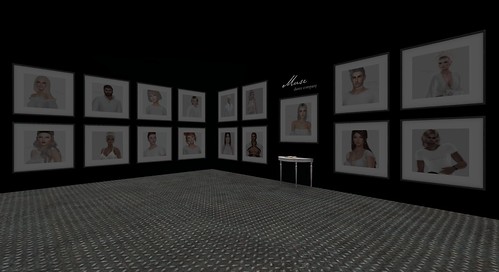 Thank you, Anu and Violet, it was wonderful to talk to you and learn more about you and what you do. And I hope that the readers mark their calendars for this production.

So, who wants to be next?