As voted for by Seanchai fans, followers and listeners. This week: The Adventure of the Musgrave Ritual, first published in 1893 in The Strand Magazine, and re-published in 1894 in book format as part of the collection The Memoirs of Sherlock Holmes.

“There are cases enough here, Watson,” said he, looking at me with mischievous eyes. “I think that if you knew all that I had in this box you would ask me to pull some out instead of putting others in.”

“These are the records of your early work, then?” I asked. “I have often wished that I had notes of those cases.”

“Yes, my boy, these were all done prematurely before my biographer had come to glorify me.” He lifted bundle after bundle in a tender, caressing sort of way.

“They are not all successes, Watson,” said he. “But there are some pretty little problems among them. Here’s the record of the Tarleton murders, and the case of Vamberry, the wine merchant, and the adventure of the old Russian woman, and the singular affair of the aluminium crutch, as well as a full account of Ricoletti of the club-foot, and his abominable wife. And here — ah, now, this really is something a little recherche.”

Thus Holmes introduces Watson to one of the cases his took on before the two became friends, one involving an old acquaintance from Holmes’ university days, Reginald Musgrave, a vanished butler and maid and the mysterious Musgrave Ritual. Just the Seanchai Team in the Fireside room to learn more!

Gyro Muggins returns to Larry Niven’s Known Universe to read the first novel Niven ever set within it  – given it was actually he first full-length novel. Within it, he lays many of the seeds, human and alien that would come to define that universe, its characteristics, traits and races. 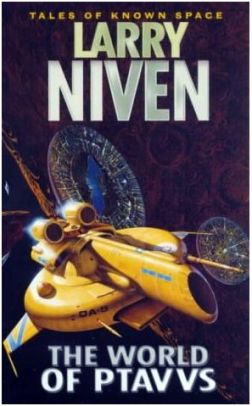 A reflective statue is found at the bottom of one of Earth’s oceans, having lain there for 1.5 billion years. Humanity’s experiments with time manipulation lead to the conclusion the “statue” is actually an alien caught within a “time slowing” field.

Larry Greenberg, a telepath with highly developed and honed abilities is asked to participate in an attempt to make contact with the alien. This involves Greenberg and the “statue” being places within a single time slowing field, the effect of which is to nullify the one shrouding the alien.

The the new field in operation, Greenberg finds himself in the company of Kzanol, a member of a race called the Thrint. Powerfully telepathic, the Thrint once rules the galaxy pure through their mental powers and the ability to bend the minds of others to their own will. However, in the time that Kzanol has been trapped the result of a malfunction aboard his ship which forced him to abandon it and fall to Earth protected by the stasis field of his space suit, the Thrint were facing a revolt by all the races they had enslaved.

As a result of this, the Thrint had determined to wipe out every race in the galaxy using a thought amplifier. Now, his own mind mixed with that of Kzanol, Greenberg sets out with the alien with the aim of using the weapon to enslave every mind in the solar system…

An original story written and read by Caledonia Skytower.

Join Aoife Lorefield, Corwyn Allen, Kayden Oconnell, Ktahdn Vesuvino, Caledonia Skytower and possibly more in a celebration of National Poetry Month as they read some of their favourite poems and verses. Have a favourite of your own? Bring it along and one of the team will read it!

Late night Sci-Fi-Fantasy from some wonderful on-line ‘zines and podcasts, in a relaxed late night atmosphere with Finn Zeddmore.