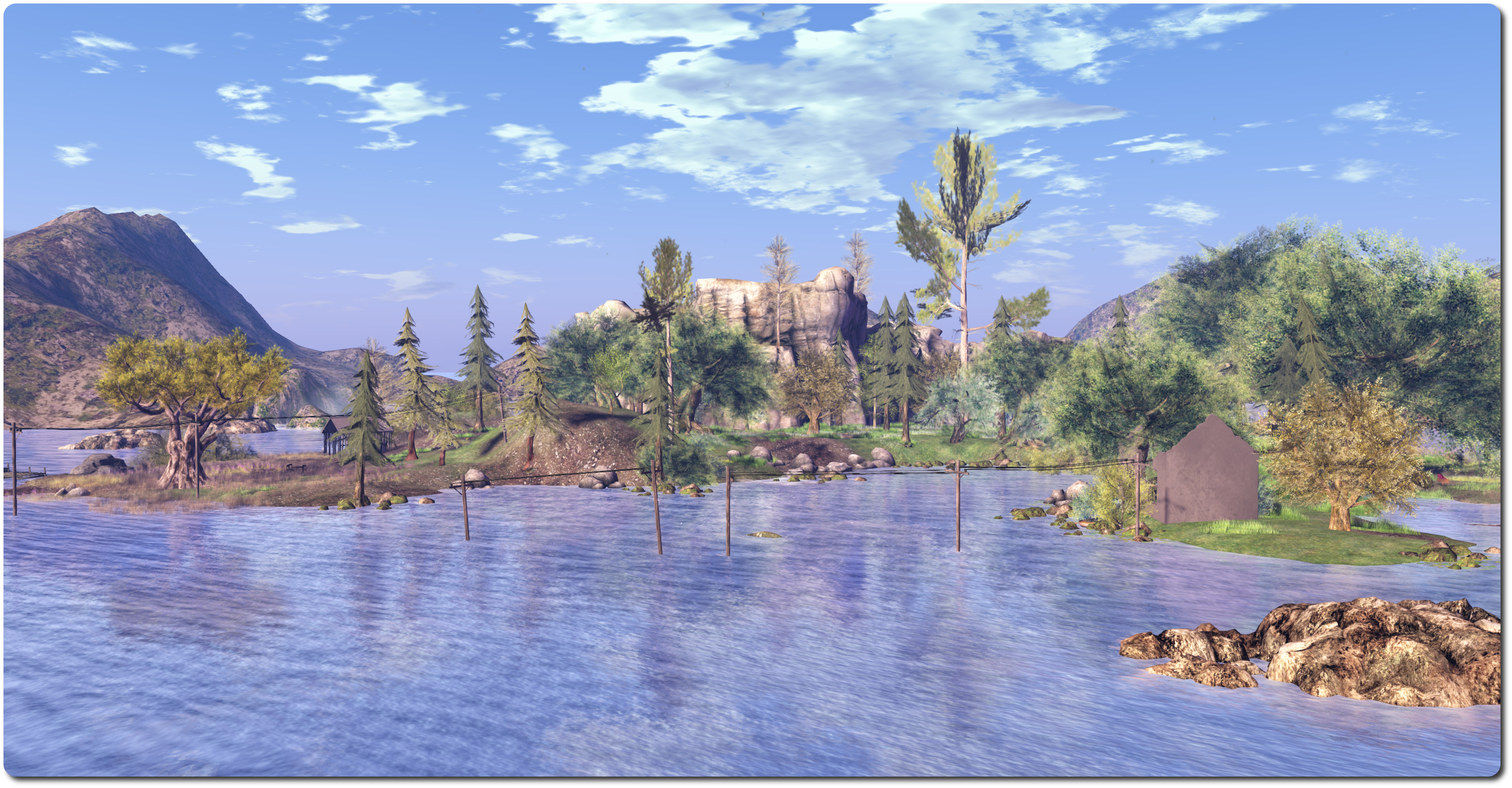 Amelie Knelstrom (Raein) offers visitors to her homestead region two very different places to explore, both of which invite the imagination to create little stories to suit them.

The first is Pigeon Island, which is also the arrival point for visitors. This is a slightly rugged island of temperate disposition, sitting in a bay (or perhaps a fjord?) which, given the lush green of the grass, may see more than its share of rain at times.

A farm looks to have once been here, although little now remains, other than the ruins of a small house or cottage (the actual landing point for the region) and an old shed which faces it across the curve of a rocky little bay. Old telegraph poles march out into the waters of the bay in two lines, still carrying their wires and looking like they may have once met, but their comrades have at some point either fallen into the blue waters or have been taken away. Did the lines running between them carry messages, or did they once bring electrical power to this little place? 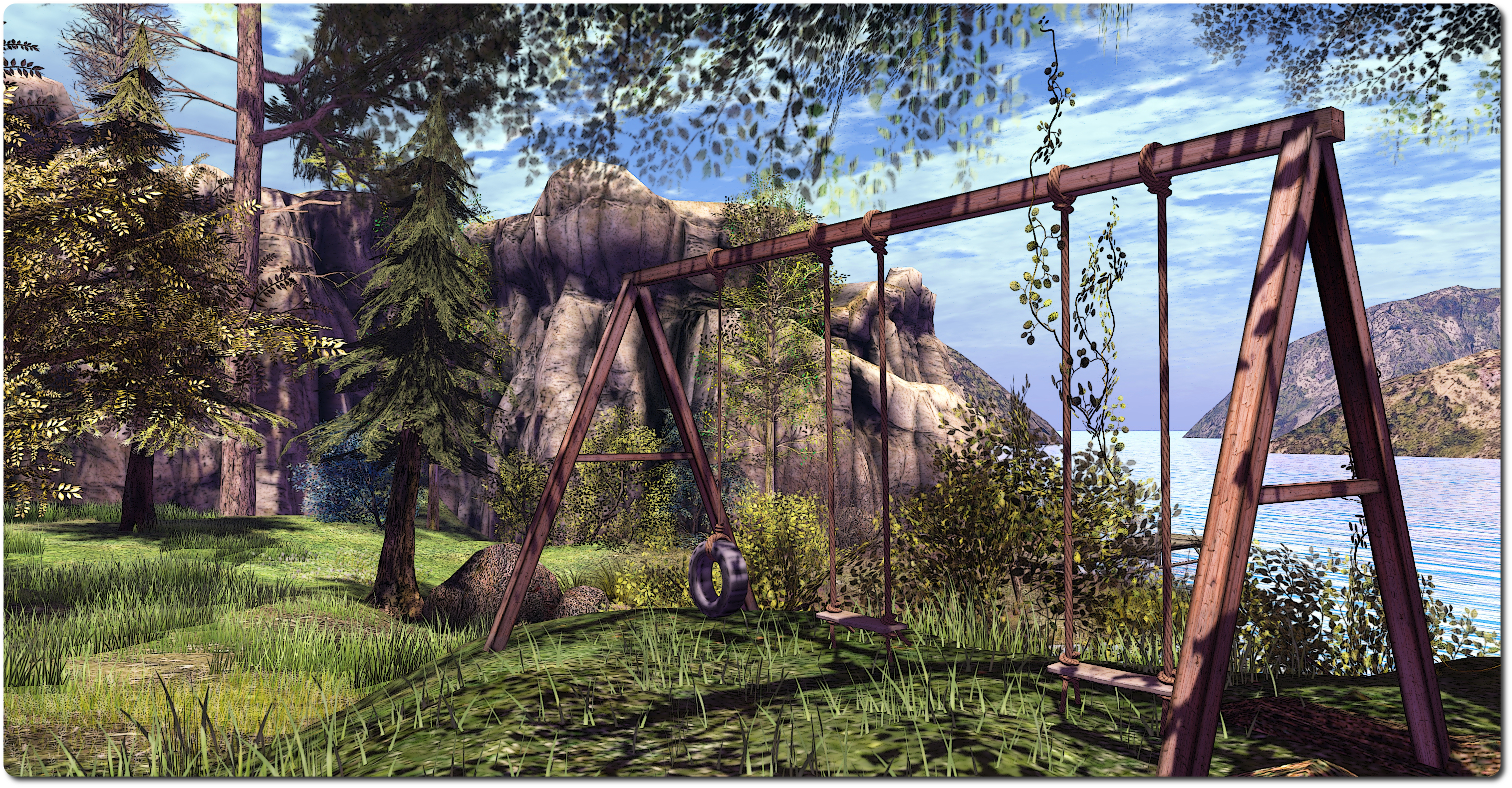 Not that the island is deserted; far from it. Sheep wander the low-lying parts of the island, grazing on the grass, and the little shed shows signs of habitation: there are chairs and couple of wood-burning stoves (one with a kettle atop it), while a bed sits in the corner; all signs that someone finds their way to the island, perhaps to make sure the sheep are fairing well, or perhaps to escape some noisier place across the water. There are other signs of life to be found as well: a hammock here, swings there, a table and chairs under the open sky, blankets out on a wooden pier, a telescope … all await your discovery.

The western side of the island is given over to a huge upthrust of rock. Flat-topped and with stair and path cut into its flank, it overlooks both island and bay, a gravel-like beach of stone and eroded rock separating it from the blue waters of the latter. Follow this rough path around the base of the rock, and you’ll find your way to a secluded beach sheltered between rocky shoulders, and more signs of habitation: a bed made in an old rowing boat and a small tent pitched well back from the water, while an old fishing boat sits at anchor. 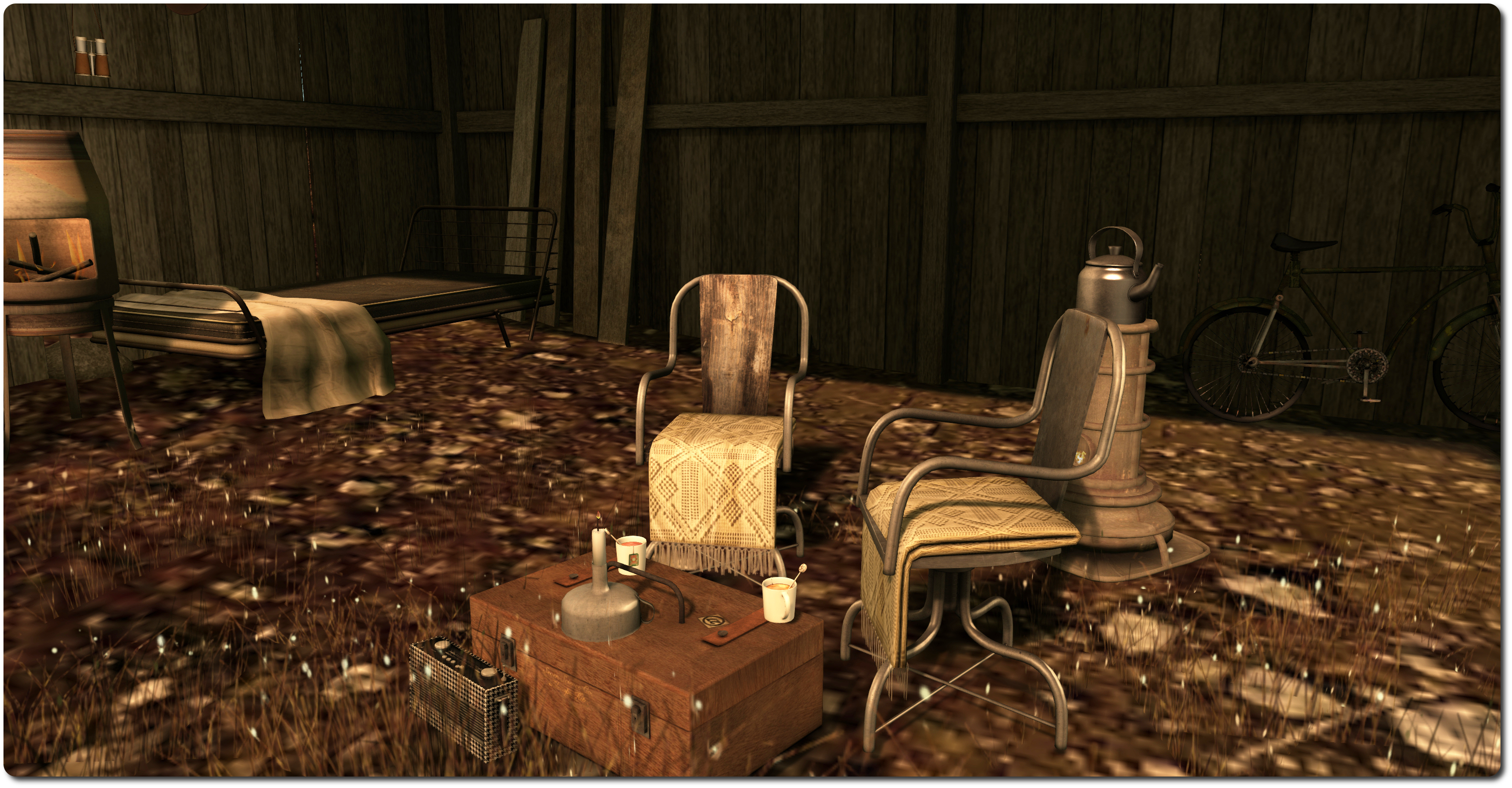 Pigeon island is a wonderful rustic coastal scene, ripe for the SL explorer and photographer. But it’s not all that can be found here. Sitting in the wall of the old farmhouse / cottage is a single wooden door. Open it, and you can be transported high overhead to the streets of Meaningless City.

Here is a place very different to the island’s natural beauty. The streets are deserted, their tarmac cracked and breaking, weeds and grass pushing their way up through the gaps;  concrete walls are cracked and damaged, holes revealing their steel reinforcement. All of the houses stand deserted, grime and dirt turning their empty windows into opaque, sightless eyes as crows circle overhead. In the playground, a lone children’s slide stands rusting and forgotten, barrels with flammable warnings adorning their sides sitting close by… 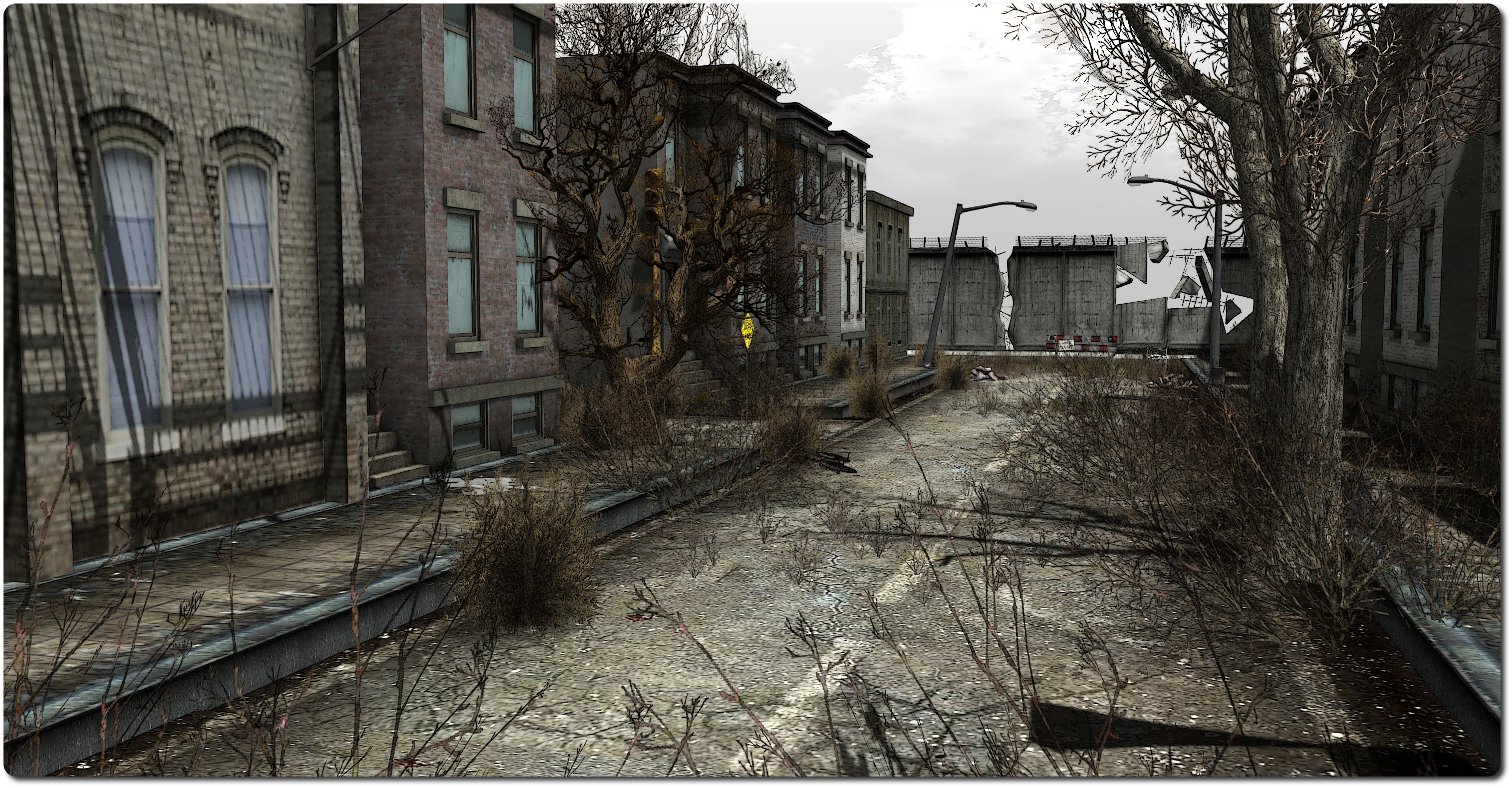 It is clear something has happened to cause the inhabitants to leave this place – but what? Do those barrels with their dire warnings of fire offer a hint, or is it something else? Why are the streets all closed-off by the gaunt forms of concrete walls, the barbed wire along their tops ominously turned inward? And what of the tall, silent sentinel of an old siren standing at one end of a street? What part does that play in the stories waiting to be told here?

Pigeon Island and Meaningless City are poles apart, yet such are the strong contrasts between them, coupled with the strands of stories running through them, that they complement one another in many ways.

Why not pay them both a visit and see what tales they whisper to you?

3 thoughts on “Of pigeons and a Meaningless wander”