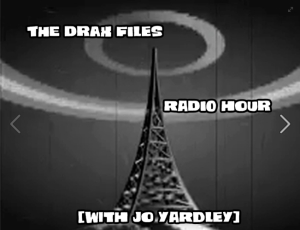 Episode 10 of The Drax Files Radio Hour focuses on the Oculus Rift.

The springboard for the show is the Lab’s call for beta testers to help check-out the Rift-enabled capabilities which are being developed within the viewer (and have been under development for some time now), which came coupled with the news that Oculus VR are now out-of-stock with Rift development kits and that components are in short supply. So if you have a headset – sign-up for the beta, and if you haven’t got a headset … oops.

Although that said, the pool of SL users with a headset is described elsewhere as “surprisingly large” …

Before getting to all things Rift, the LL Terms of Service are touched upon, with a reference to an upcoming interview with an SL content creator due for podcast #11. The ToS situation remains a bone of contention, despite reassurances from the Lab and clear-cut comments from Ebbe Altberg that the intention is not to “steal” content (as the more hysterical outcries against the August 2013 changes have claimed), together with an explanation as to why it would be suicidal for the Lab to even try to move in that direction. Being in the know as to who is slated to be interviewed for episode #11, I can say it’ll be a very balanced, informative point-of-view that is presented.

Of equal interest to me is the news that Emily short will also be participating in the next TDFRH podcast, talking about her situation vis-a-vis the Lab’s axing of Versu, which I’ve also covered here.

What I can’t help but consider to be VR hype pops up in a reference to Valve’s “VR room”, which was demonstrated at the Valve’s Steam Dev Days. This has Lee Vermeulen predicting homes having a VR room in “five years”. Whether he means a dedicated room or, as discussed in the show, a room of the house which is “VR / AR capable” with mo-cap, etc., is moot to me. Both predictions seem to be well ahead of the curve.

Call me a stick-in-the-mud for saying this, but a lot of what I’m hearing about VR right now seems to be far too close to the typical technology hype cycle for me not to look at a lot of what is being said vis-a-vis VR headsets in general with something of a jaundiced eye. Perhaps more so given that Gartner themselves see things like wearable UIs (seen as a necessary adjunct to VR headsets) as just starting on the slide into the Trough of Disillusionment within their own particular hype cycle, and VR systems themselves yet to start the climb up their own Slope of Enlightenment towards productive use – with an estimated time frame of 5-10 years before reasonable maturity and adoption may be reached. 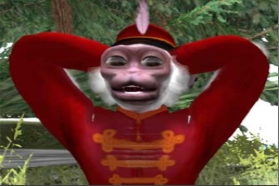 So, what about the Rift and SL? Widely Linden is interviewed in the show. He’s overseeing integration of the Rift into the viewer. He dives into more of the technical elements of presenting the UI within “Riftlook” (to use Dave’s Rowe’s term for it), describing it as “following you” and being “fully customisable” and being fully familiar to those who have used the UI in its traditional presentation.

The idea that the UI is presented in a 3D form is intriguing – Maestro describes it as a toroidal form. Widely describes the 3D projection, and how far it appears to be from the user as customisable, and – most intriguingly – describes it as being somewhat Iron Man-ish, in that information is displayed peripherally towards the sides / top and bottom of the Rift display, ready to be looked-at when needed.

Work has been underway with the UI since August 2013. There was little in the way of any technical hurdles in getting the Rift to work with SL; rather, the real sticking point has been (unsurprisingly) getting things to a point were genuine in-world interaction using the headset is possible – such as with building, as well as communicating – and even dealing with cursor movement and management within a 3D presentation of the world.

Another interesting element of this is that Riftlook has perhaps been seen as purely a mouselook-style view of the world. As such, I’ve wondered if this would limit its appeal in some way. For one thing, people put a lot of time and effort into their avatar’s appearance and actually like to see their own avatar as a result. Also, there are times when being in third-person view has significant advantages over being in mouselook.

However, Widely reveals that the Lab has taken all this into consideration, and their implementation of Riftlook actually has three modes of operation, which I’ll summarise as:

All of which, it has to be said, is pretty impressive.

There is a huge amount of expectation that SL and the Rift were “made for each other”. Again, call me a stick-in-the-mud, but I tend to sway towards feeling this not actually being the case, and that the Rift won’t be quite the game-changer for SL people are predicting. I examined some of why I feel this way back with The Rift and the Hype, and it is touched upon briefly in the interview with Widely – when he mentions that while touch-typists may well have few issues with text chatting when using the Rift, those of the “peck and type” variety may find things a challenge. And therein lies a potential problem.

If there is a barrier to using the keyboard, what alternative to conversation are there? Voice has been pointed to as a possible adjunct to Rift usage.  however, is this likely to be seen as a reason to use the Rift – or a reason to avoid it?

Ever since its arrival back in 2007, many people have avoided using voice in Second Life. They’ve done so not because they particularly have something to hide, but for a variety of other  reasons.

For example, some feel using voice draws too close to crossing the RL / SL divide, and are uncomfortable with their voice being recognised. Others – perhaps ironically, given the nature of the headset – feel that having people able to hear their voice actually breaks the immersive mystique they’ve built up around a character, simply because it is a robot, an animal and alien, or whatever, and they feel people will associate more with the sound of their voice than on their avatar’s appearance. A further potential issue with any reliance on voice is that some of those for whom English is a Second Language may actually be more comfortable interacting via text than in worrying whether their accent or phrasing is understandable to others.

So there’s a lot potentially weighing against a widespread adoption of the Rift headset within SL which needs to be placed alongside any perceived attractiveness of the headset. Which is not to say that I think the Rift doesn’t offer potential to the platform – it most certainly does in terms of art, historical recreations, educational opportunities, and potentially even combat and role-play.

The question is, will the headset actually gain sufficient enough acceptance among SL users for content creators to spend time and effort building SL experiences specifically geared to take advantage of the Rift’s capabilities? If not, then engagement via the headset could be further marginalised, and things risk getting a little circular in nature: no-one is building Rift-focused experiences because no-one is really using the Rift because no-one is building Rift-centric experiences. But again, all doubts expressed, one has to come back to the point that there already appears to be a large number of users already applying for the Rift beta, so perhaps there is an audience waiting in the wings.

An interesting comment coming from outside the show itself is that using the Rift is actually more tiring than a “traditional” approach to something like gaming – simply because the experience is so much more intense. Whether this translates to SL will be interesting to see.

Elsewhere in the show, there’s a discussion on what is “real” VR as opposed to, presumably, “fake” VR (e.g. SL), with a link to Riftmax a VR talk show held virtually, and claiming to be the first of its kind ever, whilst simultaneously dismissive of similar shows that have been run within SL for years on the basis that SL is a “virtual world” and not “virtual reality”. Given the specialist requirements of being able to participating in Riftmax, I’d tend to side with Drax and Jo in the amount of hair-splitting going on in order to proclaim Riftmax as the “first” virtual show. Although, as Jo comments, it does demonstrate again the wider issues of perception where SL is concerned.

Congrats to Steve Slosser on winning the first of two Leap Motion units. The second can be won by visiting the draxfiles SL profile page, taking a look at a photo there and then sending the answer in-world via IM as specified in the feed and on the show’s blog post.

One thought on “The Drax Files Radio Hour 10: of headsets and hype”